A 1988 Volvo truck is the last vehicle you'd expect to find being offered to the highest bidder at a Bonhams classic car auction, but this one is very special indeed.

The 17-ton HGV is covered in graffiti by the iconic street artist Banksy, and is believed to be his largest piece of work ever.

It is due to go under the hammer at the Goodwood revival sale on 14 September - and experts believe it will sell for as much as £1.5million.

The vehicle will certainly stand out next to raft of beautiful classic motors being sold at the auction. 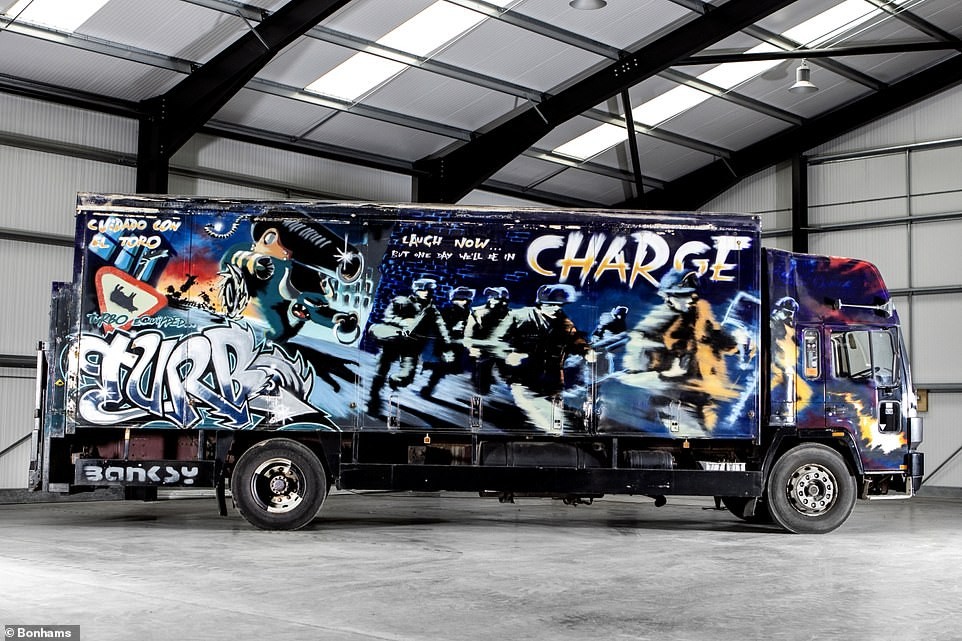 This includes a 1961 Aston Martin DB4GT and a 1935 Bugatti Type 57, which are both estimated to achieve significant seven-figure sums.

But the FL6 box truck is likely to steal the show, attracting the interest of art collectors as well as vintage car enthusiasts.

Banksy created the masterpiece back in 2000 - back when he was a relative unknown and hadn't been recognised for his satirical street paintings and subversive epigrams.

The anonymous artist was asked to paint the truck - which normally would be worth little more than £1,000 on today's market - during a warehouse party for New Year in Spain to celebrate the millennium as part of the Turbozone International Circus. 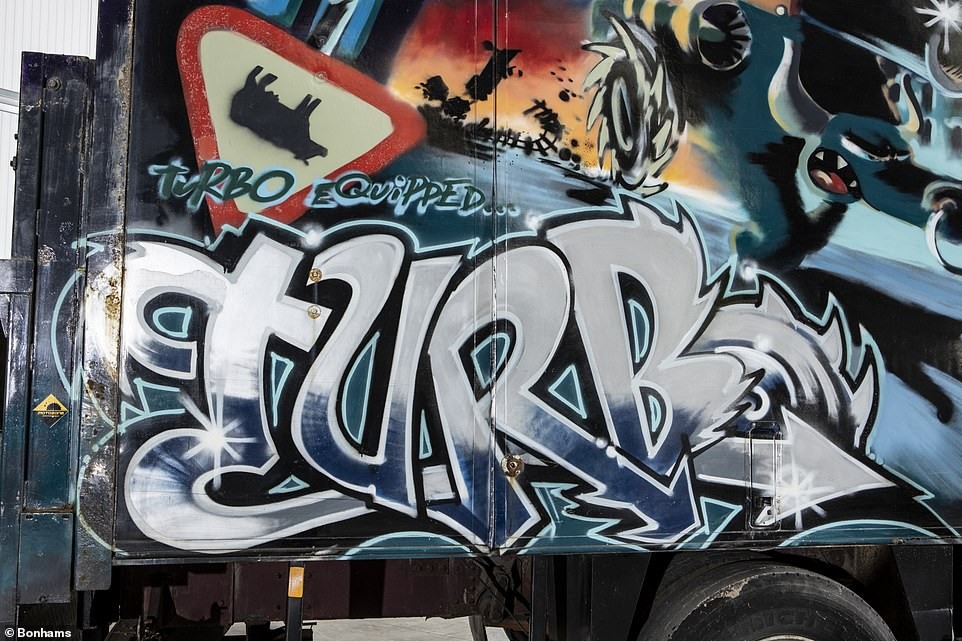 After spraying the initial layers of paint on stage and under spotlights during the party, Banksy completed the truck over the next two weeks.

Officially called Turbo Zone Truck (Laugh Now But One Day We’ll Be in Charge), it showcases an early example of the artist’s now famed calls for anarchy and social change that have made him a household name.

The images on the truck show the silhouette of a male figure swinging a hammer towards metal cogs.

The background depicts flying monkeys and red stars with the word ‘circus’ stencilled across the back end of the truck. 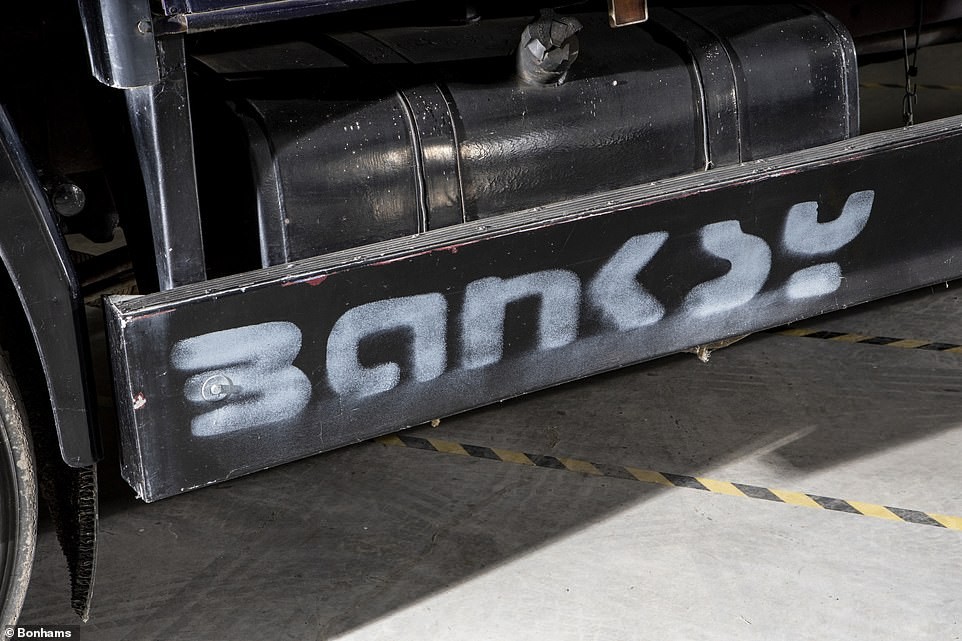 The reverse side of the Volvo shows a group of soldiers - which have been focal points of his other work since - running away from a cannon.

The title of the piece is stencilled above the soldier’s heads with ‘charge’ in large letters.

Ralph Taylor, Bonhams Global Head of Post-War and Contemporary Art, said, 'Banksy is arguably the most important artist to have emerged since the millennium and this, his largest commercial work, represents a new high watermark of quality for works of his to appear at auction.

'The composition bears all the hallmarks of this peerless agent provocateur. Bonhams is thrilled to have the opportunity to continue offering the best of his work at auction as we have done consistently for well over a decade.' 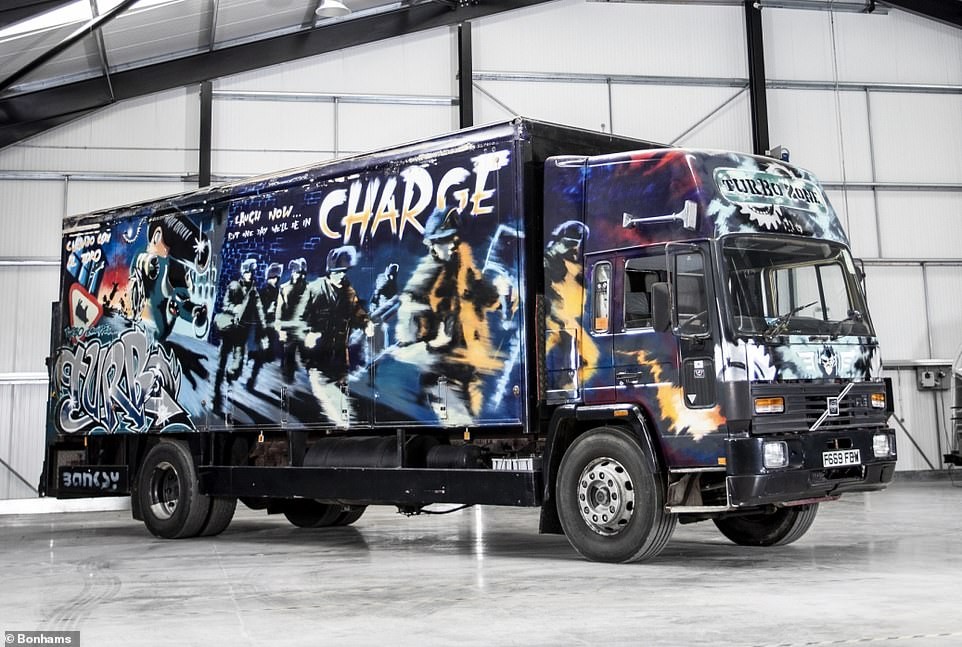 After completion, the truck was used by Mojo Fellner, the co-founder of the circus - which is known for it's incredible stunts and pyrotechnics - to tour Europe and South America.

It will be offered by the auction house at a sale at the Goodwood estate in West Sussex during the Goodwood Revival next month.

Bonhams have placed an estimate of £1million to £1.5million on the one-off HGV.

The auction house will hope there won't be a repeat of the Banksy 'Girl with Balloon' painting fiasco last year, when the piece of art shred itself moments after it was sold at auction for over £1million. 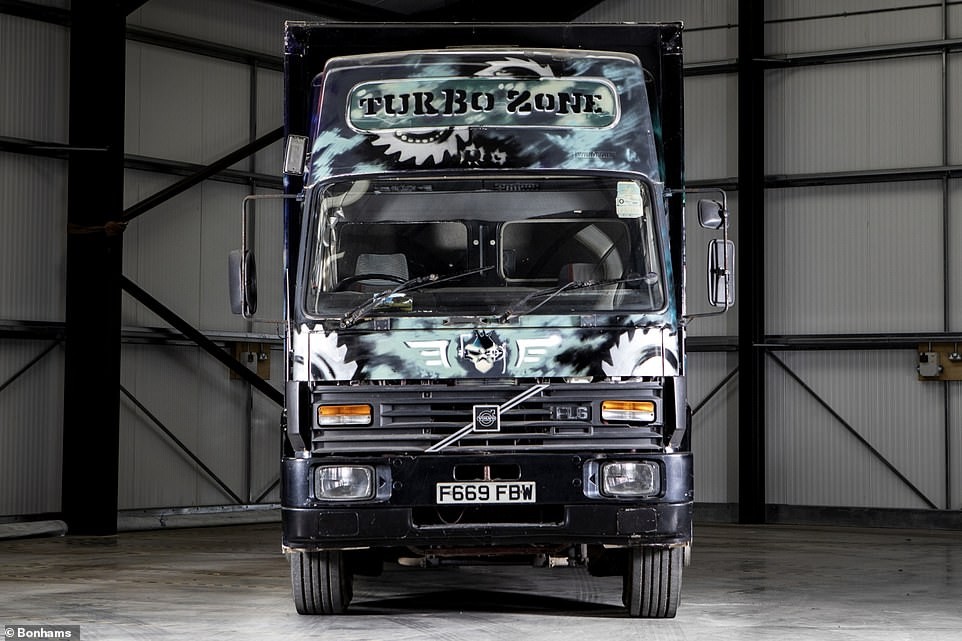 And this is not the first Banky vehicle to go to auction: Bonhams also sold a Banksy SWAT van in June 2016, which he'd created for his break out Barely Legal show in Los Angeles.