In horrible conditions thanks to Storm Dennis, Blues held firm in the first half though Coventry did hit the woodwork twice in the opening 45 minutes with efforts from Jordan Shipley and Liam Walsh.

Blues began the second half brightly but were unable to test goalkeeper Marko Marosi and within minutes of being introduced, O’Hare opened the scoring for the visitors.

O’Hare carried the ball forward almost unchallenged and calmly rolled the ball into the back of the net on the hour mark, five minutes after coming on, right in front of the 1,588 travelling fans.

The victory was then secured when fellow sub Biamou beat Miles Mitchell-Nelson to a long ball forward, allowing him to score Coventry’s second and wrap up the three points.

It was a third successive defeat for Southend who face two more huge home games in the coming days against Gillingham and Burton Albion, while Coventry continue to march on. 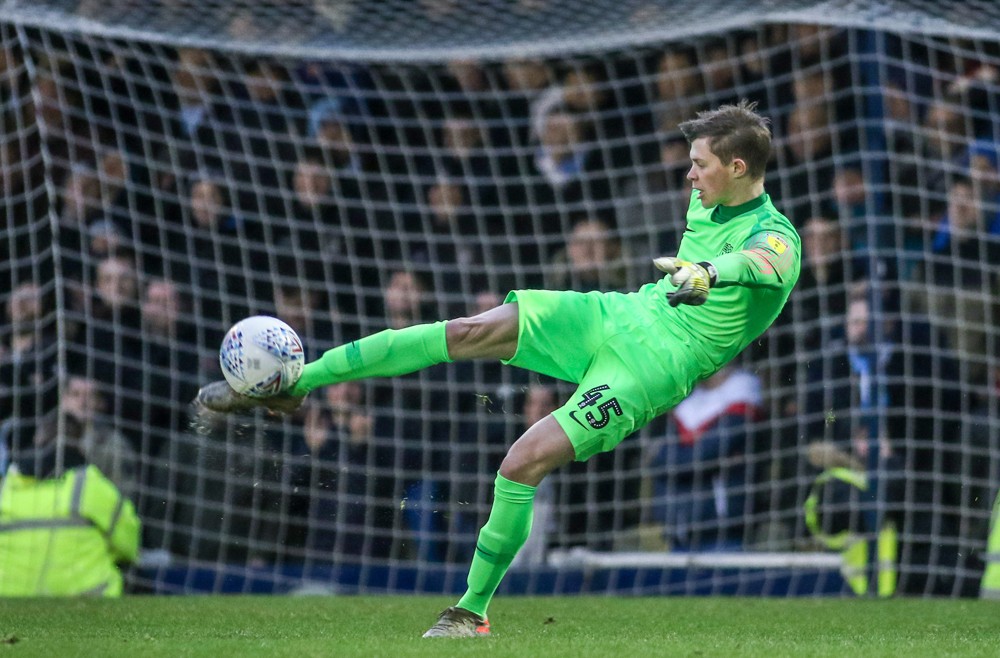 When these two sides met on the opening day of the season, the Sky Blues run out 1-0 victors in a closely fought contest at St. Andrew’s and it was more of the same in the 45 minutes here.

In conditions more akin to a Sunday League game down the park thanks to Storm Dennis, Southend were kicking with the wind in the first half and were the first to create an opportunity on goal.

Some neat one-touch passing in midfield allowed Sam Mantom to put Brandon Goodship through on goal side, only for a superb last-ditch tackle from Dominic Hyam to stop the shot coming in.

Coventry were just two points adrift of the League One summit coming into this game and they had the majority of the first half chances with Jordan Shipley looking the most threatening in sky blue.

The Coventry midfielder forced a smart save out of Mark Oxley with a volley that needed pushing away before Shipley went even closer with another effort that came crashing off the post.

That wouldn’t be the only time that the visitors would hit the woodwork before the break either as Liam Walsh saw his free-kick come off the crossbar just before the break as it remained goalless.

Blues would have chances of their own in worsening weather conditions with young Terrell Egbri having a shot blocked in the box as well as Sam Barratt’s curling effort zipping just wide.

Southend came out in the second half and began to build momentum, with an outrageous bit of skill from Barratt allowing him to fire a cross in that was deflected over the bar by Kyle McFadzean.

Mark Robins quickly made a double substitution to try and stem the tide, bringing on Maxime Biamou and Callum O’Hare, and it paid immediate dividends with the former opening the scoring.

Just five minutes after being introduced, O’Hare carried the ball forward with menace and unchallenged before rolling the ball into the bottom corner to break the deadlock. 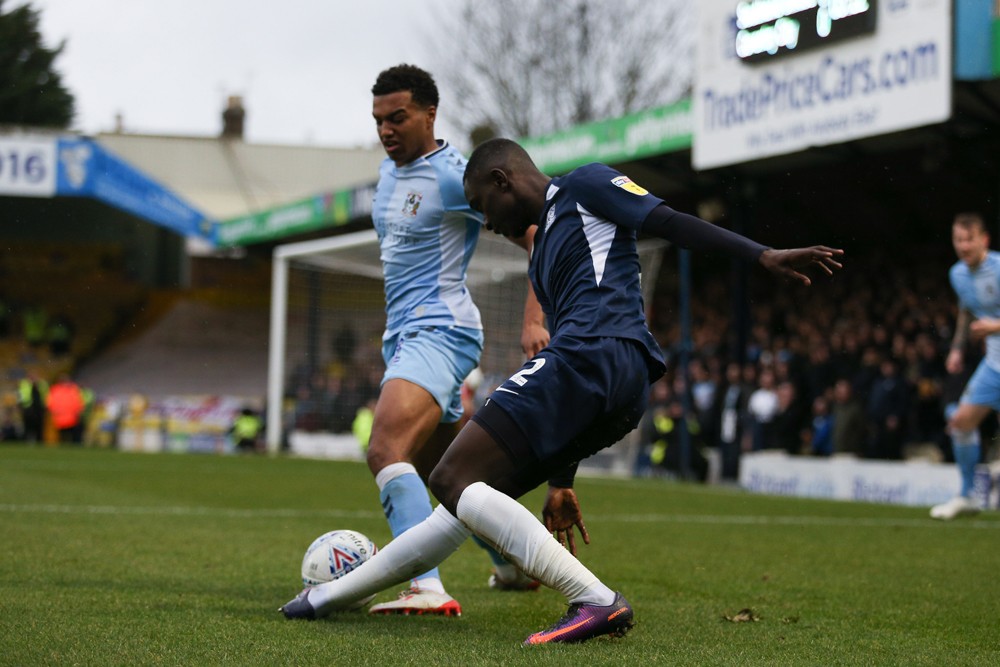 Coventry’s 1,500-plus travelling fans celebrated as the goal momentarily sent them to the top of League One and the Sky Blues went close to extending their lead further just moments later.

A free kick awarded wide on the Coventry right was swung into the box by Sam McCallum only to come off the crossbar, the third time City had struck the woodwork, before being cleared.

It looked like Southend were heading towards a third successive defeat as they had no answer to O’Hare’s opener, with the points then sealed by the visitors with a little over 10 minutes left.

Biamou and Miles Mitchell-Nelson battled it out for a long ball over the top. Despite Biamou appearing to tug at the defender, the ref was unmoved, leaving Biamou to slide the ball home.

There was no way back for the home side whose injury problems only worsened before the game was out with Oxley being forced off injured to be replaced by 18-year-old Callum Taylor.

Taylor was tested almost straight away by Matt Godden but made a good save. The job though had already done for the visitors who extended their unbeaten run in all competitions to 14 matches.