EXCELR8 Trade Price Cars is delighted to confirm that it will retain the services of race winner Chris Smiley for the 2021 Kwik Fit British Touring Car Championship season.

The Northern Irish racer joined forces with EXCELR8 last season as the team embarked on its exciting programme with the Hyundai i30 N Fastback, and played a key role in the development of the new car across the course of the campaign.

Despite limited testing ahead as a result of the COVID-19 pandemic, Chris produced an astonishing performance in the opening round of the year at Donington Park, where he took the Hyundai to a podium finish on its first weekend in the series.

That result was also the first top three finish for the team in only its second season competing in Britain’s premier racing series, and showed the undoubted potential of the Hyundai package.

From there, Chris would be a model of consistency across the nine round campaign, scoring points at every meeting and completing all but three of the 489 racing laps; the equal best record of any driver on the grid.

That finishing record was made all the more impressive given the fact that the season would be run across a compact period between August and November, and that the Hyundai - developed and built in house by Suffolk-based EXCELR8 - was competing in the series for the first time.

It meant Chris finished the season 14th in the overall standings and ninth in the Independents’ Trophy, whilst he also played a vital role in EXCELR8 Trade Price Cars breaking into the top ten in the Teams’ Championship.

Chris’ new deal means that he will go onto a new season with an unchanged package underneath him for the first time in his BTCC career, with the 28-year-old looking to make the most of the knowledge and experience gained in 2020 to regularly fight towards the sharp end of the grid.

"It’s fantastic to be able to confirm that I am staying with EXCELR8 Trade Price Cars for another season, and it’s great that the team has put its faith in me once again. This is the first time that I will be going into a second year with an unchanged package since I joined the touring car grid, and that consistency can only be a good thing.

"Last year was a real challenge for us with a new car because the pandemic meant we couldn’t go out and do as much testing as we wanted to do. Despite that, we showed the potential of the Hyundai, secured a podium finish and were regularly fighting in the points, and I’m feeling positive about what we can achieve this season with everything we were able to learn in 2020.

"With the winter development programme that the team has in place, and the fact that we will now have four cars to share data between, I’m hopeful that we can push for more silverware and fight for race wins during 2021, which has to be the ultimate goal.

"We know there is still more to unlock from the Hyundai, and I’m looking forward to working with the team to get the maximum possible from it during the upcoming season." 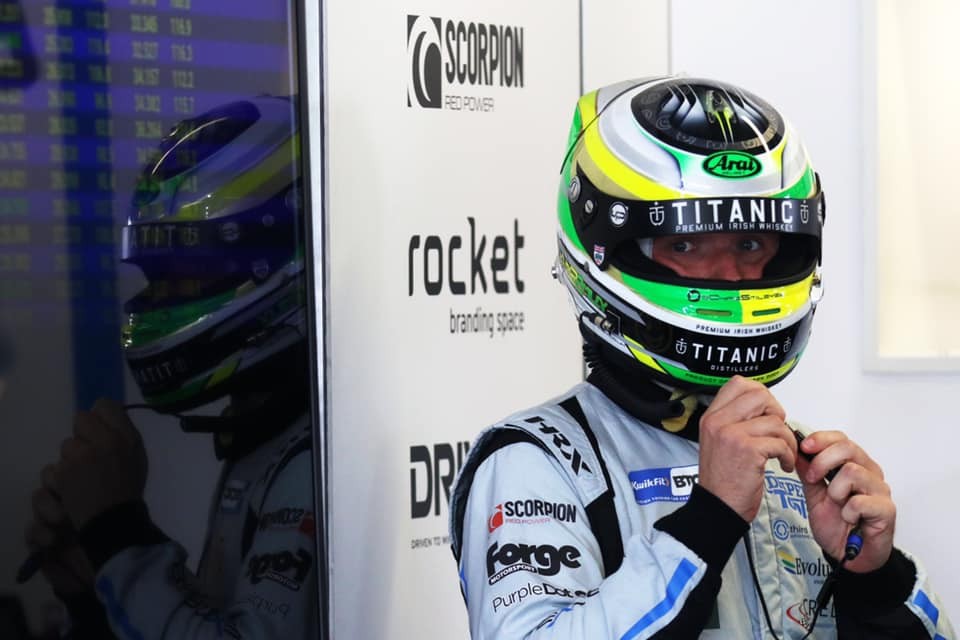 "We’re delighted to confirm that Chris will be staying with us for 2021 as he has quickly become an important member of the team. I’ve known him a long time from when he raced against us in the MINI Challenge, and he has been a great driver to work with over the last twelve months; his work ethic both on and off track is fantastic.

"As a driver, he is someone who you know will never give up, and he played an important role in helping us to develop the new car last season. The situation we found ourselves in, with not being able to go and test, meant that wasn’t always easy, but he was always keen to work with the engineering team to explore what we needed to do to get the most from the car, and was willing to try different things to see what worked, and what didn’t. That was reflected in some of the results we achieved in the first year for the car, and has given us a good base to now build on.

"The fact that Chris has experience with the Hyundai already can only be a good thing as we look to take the next step forwards in 2021. I have no doubt at all that he is a driver who can go out there and fight for race wins, as he has done in the past."

Chris becomes the second driver to be confirmed with EXCELR8 Motorsport for the 2021 season following the earlier signing of second-year touring car driver Jack Butel.

The final members of the team’s expanded four-driver line-up for the new campaign, which is due to begin at Brands Hatch in early April, will be announced in due course.