A super-rare McLaren racing car could become the most expensive British car ever sold at auction.

The F1 Le Man LM is going under the hammer on August 15 in Monterey, Californiaand is valued at $23 million (£19 million), which would smash the record for a car built in the UK.

The supercar is being sold by auctioneers RM Sotheby's and is expected to beat the record that was previously set by an Aston Martin DBR1 in 2017. 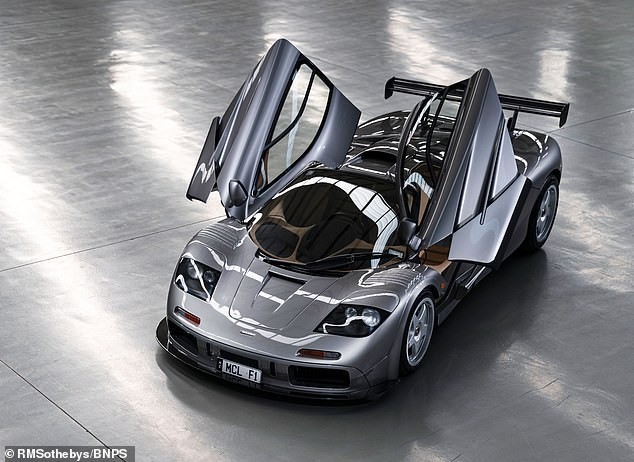 The McLaren is expected to blow that figure out of the water, after attracting significant interest ahead of the auction.

It comes with an incredible gold engine bay with the precious metal helping to dissipate the heat that is generated by the 6.1 litre engine.

The silver two-door spent the first six years of its life as a standard F1 but was upgraded by McLaren to the LM specifications in 2000.

It is one of just two road cars to be given the LM specifications by McLaren and was awarded the honor in tribute to the car's victory in the 1995 24-hour Le Mans race. 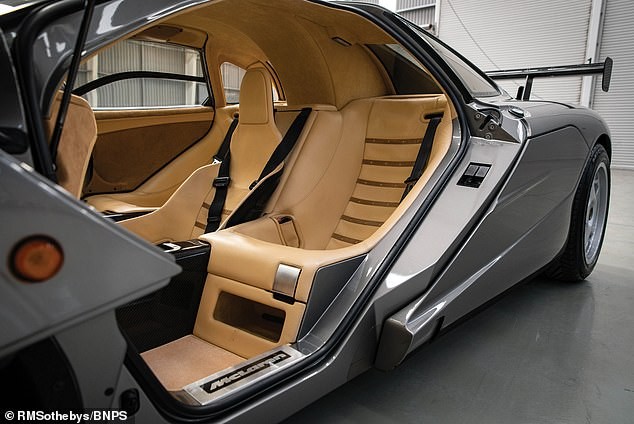 In order to bring the car up to LM spec, its V12 680bhp engine was upgraded, as were its brakes and exhaust system.

It was also given a better transmission cooler and two additional radiators.

The air-conditioning was upgraded, a radio was added to the CD player and the headlamps were changed to gas-discharge units. 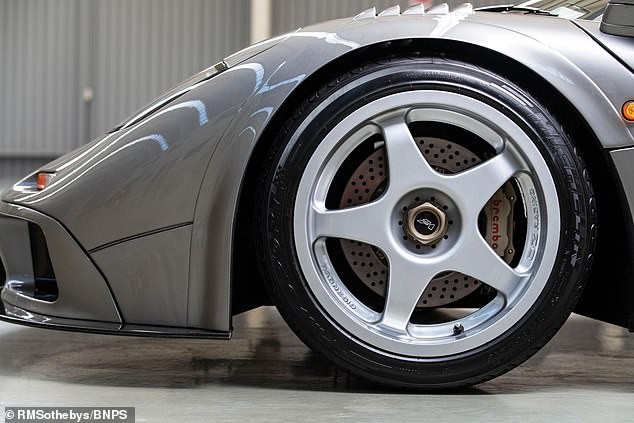 Alexander Weaver, a car specialist with RM Sotheby's said, 'The McLaren F1 is the ultimate supercar and has long been regarded as the benchmark by which all others are compared.

'This particular example has always been my favourite and one that is widely regarded as the most desirable of all specifications.

'No other car stirs more emotions and evokes more excitement.

'The level of ownership exclusivity and 'holy grail' admiration associated with the F1 is second only to the Ferrari 250 GTO, making this an excellent follow up to our 2018 sale. 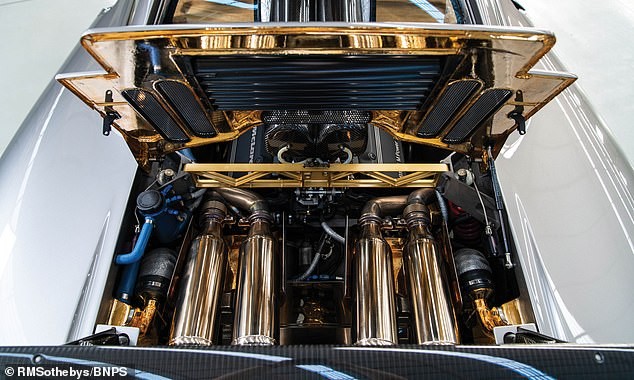 'It truly is an opportunity not to be missed.'

Of the top ten most expensive cars ever sold at auction the McLaren will be the only one built later than 1967.