Tom Ingram will spearhead the EXCELR8 Trade Price Cars challenge in the 2021 British Touring Car Championship, after announcing a ‘multi-year’ agreement with the team that was by some margin the biggest improver in the field last year.

The forthcoming campaign will mark Ingram’s eighth in the UK’s premier motor racing series, and his first in new colours following seven years with Speedworks Motorsport – yielding 16 race wins, 41 podium finishes, four pole positions and 13 fastest laps, firmly establishing the Bucks-born ace as one of the BTCC’s leading lights and a champion in-waiting.

Indeed, Ingram has finished inside the top six in the final standings in each of the past four seasons, pushing Colin Turkington all the way for title glory three years ago and securing back-to-back Independent Drivers’ crowns in 2017 and 2018.

After replacing its long-in-the-tooth MG6 with the all-new Hyundai i30 Fastback N Performance last year, EXCELR8 leapt up the order from 19th in the Teams’ table with just four points in 2019 to 246 points and an excellent seventh in 2020 – and fifth in the Independent Teams’ battle. The car was a podium-finisher on its debut weekend at Donington Park and went on to reach the rostrum again at Knockhill, tallying an impressive 42 points finishes out of a possible 54.

In what is commonly regarded as the world’s toughest and most fiercely-disputed tin-top series – and in only the squad’s second season in the BTCC – that marked an outstanding achievement, but all sights are set on an even more successful time of things in 2021 with Ingram behind the wheel. The 27-year-old will run under the EXCELR8 Trade Price Cars banner following the team’s off-season merger with Trade Price Cars, with the action due to get underway at Thruxton in Hampshire – the fastest circuit in the country – on 8/9 May.

“I’m immensely excited to announce my new deal with EXCELR8 Trade Price Cars. When it became clear that commercially, we would not be able to continue with Speedworks, I spoke to a number of BTCC teams and to be honest, this was probably one of the easiest decisions I’ve ever had to make. We immediately ‘clicked’, right from the very first conversation.

“Justina [Williams – Team Owner] and her husband and business partner Antony are incredibly driven and ambitious, and they are determined to make this project a success. They have a tremendous amount of experience, not only in motorsport but in the business world too, and that really appealed to me.

“For me, Jason Plato has always been the blueprint in the BTCC. The mentoring I received from him as part of the KX Akademy just under a decade ago transformed the way I approach my racing. In focussing on building his brand, he has proved how it is possible to forge a truly tangible, long-lasting career in British motorsport both on and off-track – and I would like to think I could see myself in his shoes another decade or two down the line.

“With that in mind, it’s great to have the security of a multi-year agreement, especially in the current climate. This is a long-term commitment on both sides, which means we know where we stand moving forward and gives us the opportunity to really grow together and establish EXCELR8 as a bona fide front-running team.

“It will also be good to have a team-mate for the first time in more than seven years – that’s something I’ve particularly lacked over the past four seasons, I would say, when we’ve been fighting for the championship. When you’re facing a fork in the road set-up wise and you don’t know whether to go left or right, it allows you to try both options to speed up the development process, and I’m really looking forward to having somebody to push me, keep me on my toes and make me raise my game.

“We all naturally want to go out there and be as competitive as we can, and I personally want to be up at the sharp end, winning races and achieving consistent podium finishes this year. We’ve got the right people in the right places – from the engineering side to the design and team management – to do the best job possible, and the massive progress EXCELR8 made between their first and second season in the championship underscores just how serious and motivated these guys are.

“In a way, it feels like I’ve been on this journey once before, but the truth is that I’m already several steps further up the ladder than I was when I joined Speedworks – I’ve got seven years’ more experience under my belt now, for a start! I understand what’s required to make a car quick and how to put a title challenge together, and you only need to look at what Ash Sutton did in the Infiniti last year to appreciate what can be accomplished.

“This feels like the start of something really, really exciting – I don’t regard it as a step backwards in any way. From a performance perspective, I actually see it as a step forwards. The Hyundai has developed significantly over the past year, and it goes without saying that there’s a lot more potential – and pace – still to be extracted. It has almost the perfect body shape and wheelbase for the BTCC, blending the best attributes of the Toyota Corolla and Avensis that I’ve driven before, so I will be very surprised if we’re not a genuine contender for the championship this season – both the Independents’ title and the main one.”

“I am absolutely delighted to have agreed a multi-year deal with Tom to drive for EXCELR8 Trade Price Cars. He is a proven race-winner and will no doubt also be a championship-winner, so he will inevitably be a huge asset to our team and will continue to push us towards the sharp end of the BTCC grid.

“I have admired Tom’s car control, racecraft, fan engagement, media skills and commercial acumen for a number of years, even before we entered the BTCC and have always regarded him as a top-drawer choice of driver for our team. I am super excited for 2021 and beyond, with the highest level of optimism about what we can achieve with Tom on-board. With the team we have built and our other three drivers, what a year it promises to be!” 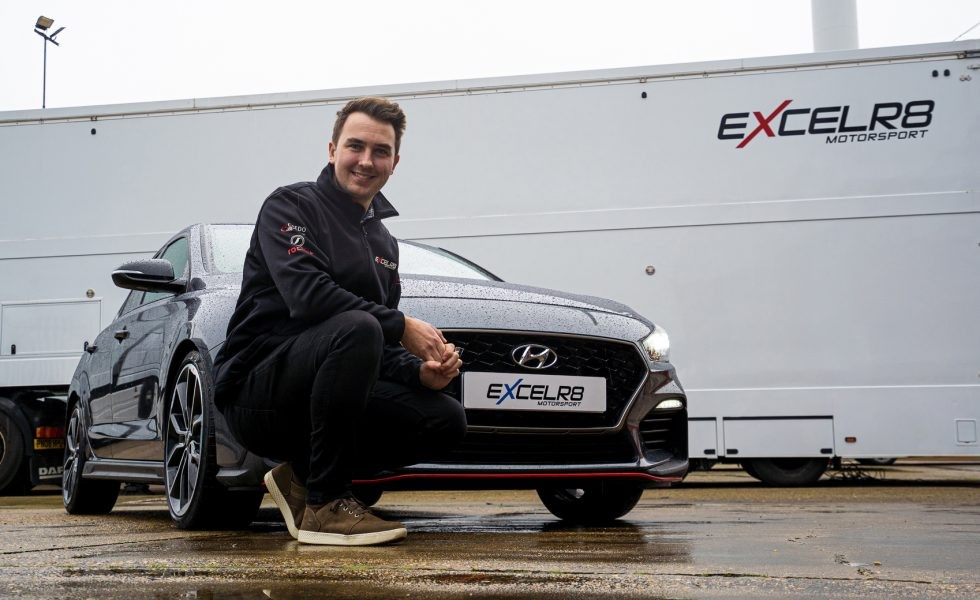 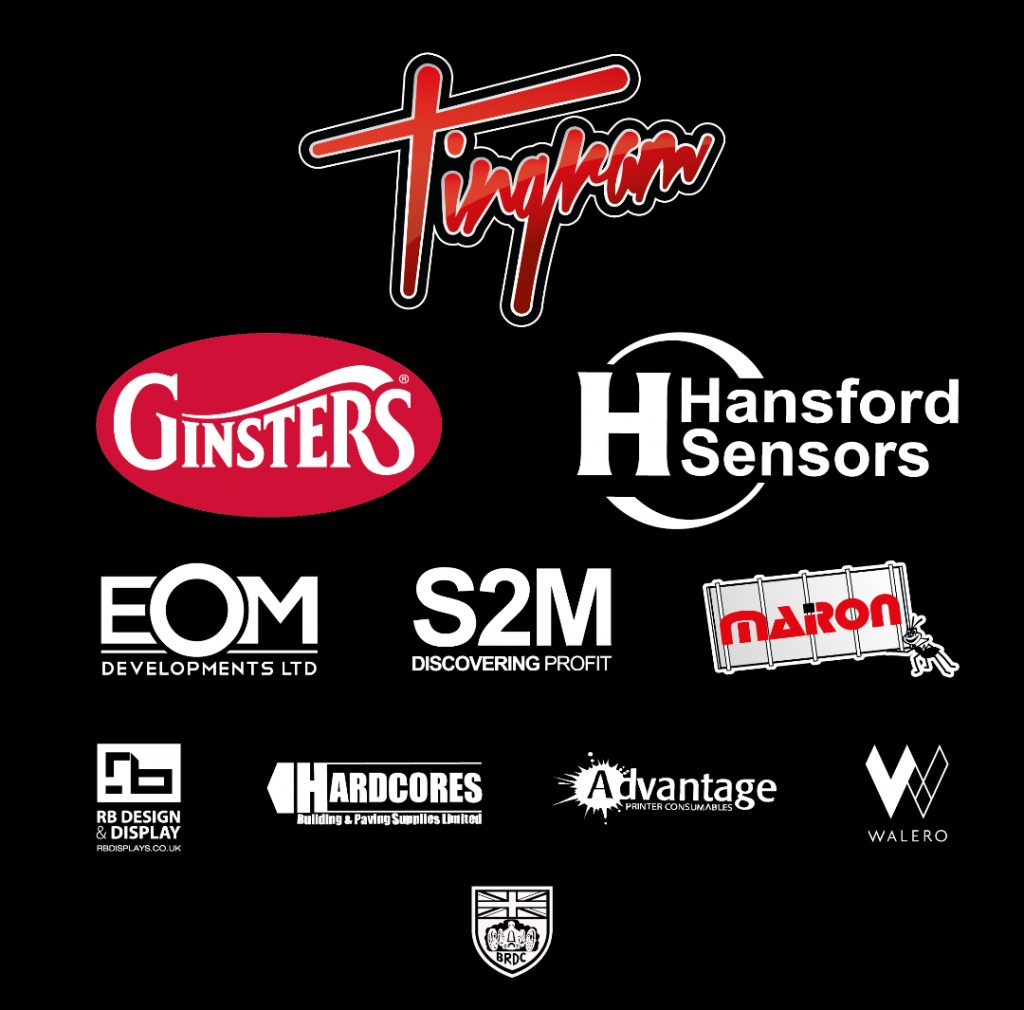