KNOCKHILL DEBUT FOR BLUNDELL THIS WEEKEND

Despite over thirty years in the upper echelons of elite motorsport, this weekend marks the 53-year-old’s competitive debut at the Scottish circuit as he looks to make some steps forward in his debut BTCC campaign.

Last time out at Thruxton four weeks ago, the former Formula One star endured a difficult weekend at the UK’s fastest circuit battling his way through to three full-race distances. With just three race weekends left in the 2019 season, Blundell and the Trade Price Cars Racing team will be working hard to show further signs of progress at the series’ annual visit to Scotland’s national motorsport centre.

Entering the final third of his debut campaign in the British Touring Car Championship, Blundell is for a positive outing amongst the fiercely competitive grid.

"I've never competed at Knockhill before so this promises to be another weekend of first's for me. The last time we had that this year was at Croft which proved to be one of our more positive outings so hopefully that is a nice, little omen for us."

"There's no hiding that Thruxton was another difficult weekend for us but that only makes us more determined to come out fighting this weekend. I've got a huge amount of respect for all the guys out here as it takes a lot to be successful in Touring Cars. Here's hoping though that this weekend is our time to enjoy a little bit ourselves!"

Track action commences at the Fife-based circuit at 09:30 on Saturday morning with the weekend’s second practice session and qualifying following at 12:05 and 15:00 respectively. A jam-packed day of racing follows on Sunday with the three 24-lap races being held at 11:45, 14:15 and 17:05 all screened live on ITV4. 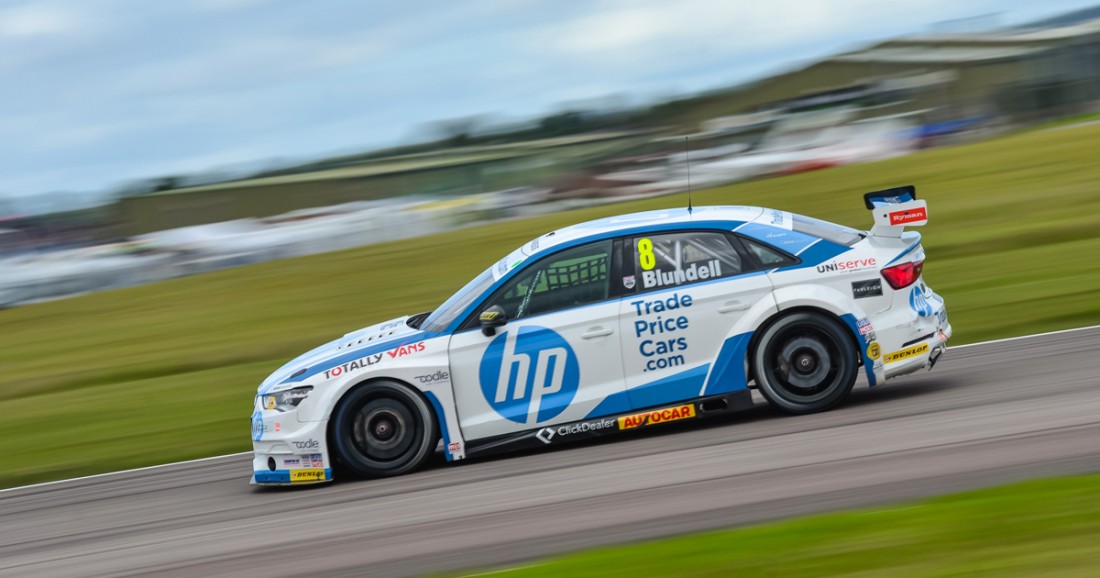