Mark will take on the circuit that is frequently referred to as Britain’s fastest racing venue, as he pushes for more points in the UK’s premier motor racing championship in what represents his first race at the Hampshire-based track since 1986.

After six years away from any competitive racing, Mark made his return to motorsport earlier this year, teaming up with the newly-formed Trade Price Cars Racing team. Despite a long and varied career, this year’s BTCC campaign is Mark’s first taste of touring car competition. 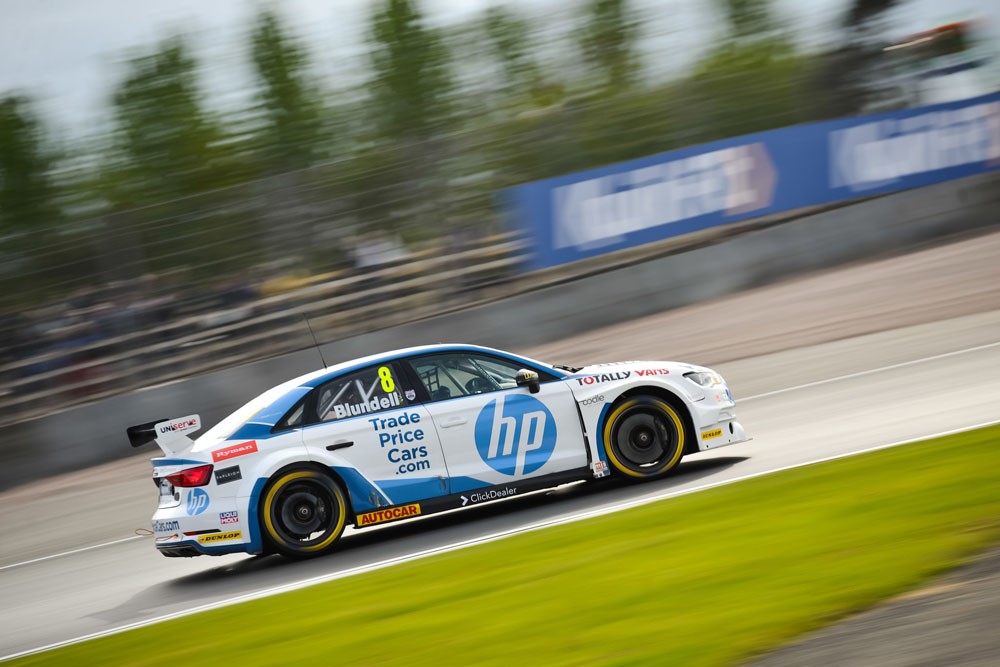 The 53-year-old championship rookie had a positive start in his new series, with a successful points-scoring debut at Brands Hatch in his first race. The strong form continued, and he was able to finish the next two races with plenty of overtakes performed.

The last rounds at Donington Park proved to be more tricky. A DNF in the second race dashed Mark’s chances of a points finish, but the team was quick to repair the car. Mark headed back out for the final event of the weekend and came home in P22, after an exciting battle with Sam Osborne for the position.

Mark heads to Thruxton with his BTCC experience and knowledge growing.

“In the final race at Donington, the set up of the car was the best it has been all season. Moving forward to this weekend, it’s going to be interesting to see where we are at.”

“The team and I have worked hard to make sure the car is where we want it to be. It will be good to see where we will be and it will be exciting to be back out racing once again, and to hopefully be competing for some points this weekend!”

Qualifying at the Hampshire circuit will commence at 15:05 on Saturday, with all three races taking place on Sunday. Race one will get underway at 12:10 followed by race two at 14:45 and the final instalment at 17:15.