BMW has finally applied proper M division treatment to the flagship 8 Series, revealing the brand new BMW M8 Competition. The result is the most powerful production M car ever and new territory for BMW, given the brand never gave us a showroom ready M8 version of the original E31 8 Series.

Despite the Competition badges there’s little to tell the new M8 from the rest of the 8 Series range from a design standpoint. The front bumper gains some slightly larger air intakes, the kidney grilles, wing mirrors and rear diffuser turn black, a new lip spoiler appears on the boot lid and it rides on a set of 20-inch forged alloy wheels the same design as other Competition designated cars in the BMW M stable. 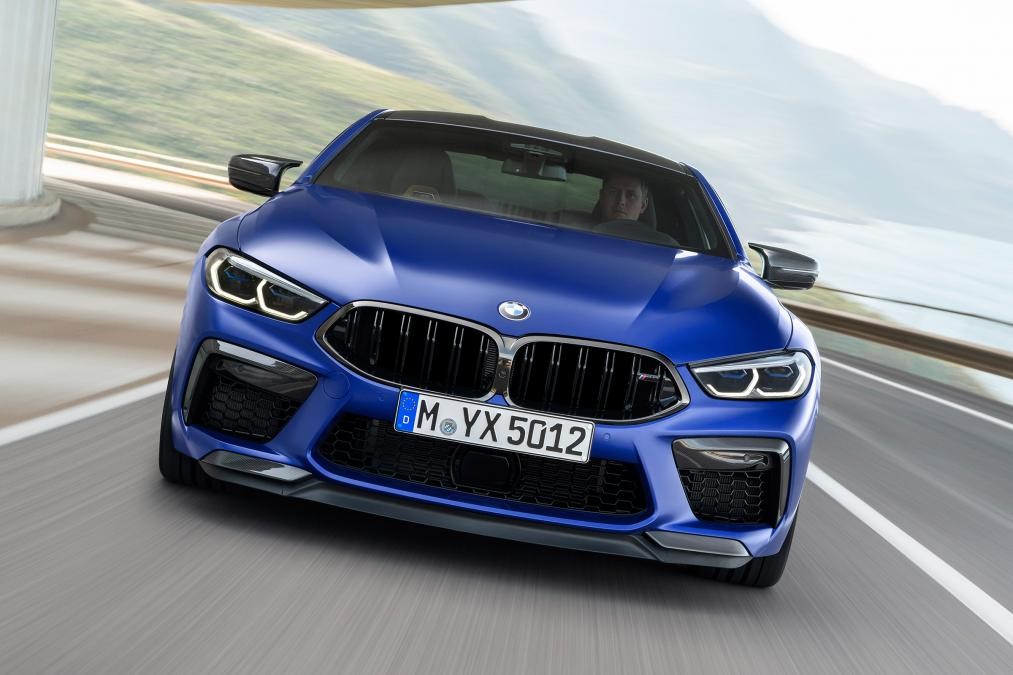 It’s a similar story inside. All you’ll really notice over any M Sport version of the regular 8 Series is the appearance of some new subtly sportier seats, red M buttons on the steering wheel, some additional carbon fibre detailing and a new leather cladded gear selector in place of the crystal cut piece found elsewhere in the range.

Infotainment is covered by a 10.25-inch central display running BMW’s latest iDrive setup, while a 12.3-inch digital instrument cluster takes its place behind the steering wheel with M8 specific graphics. 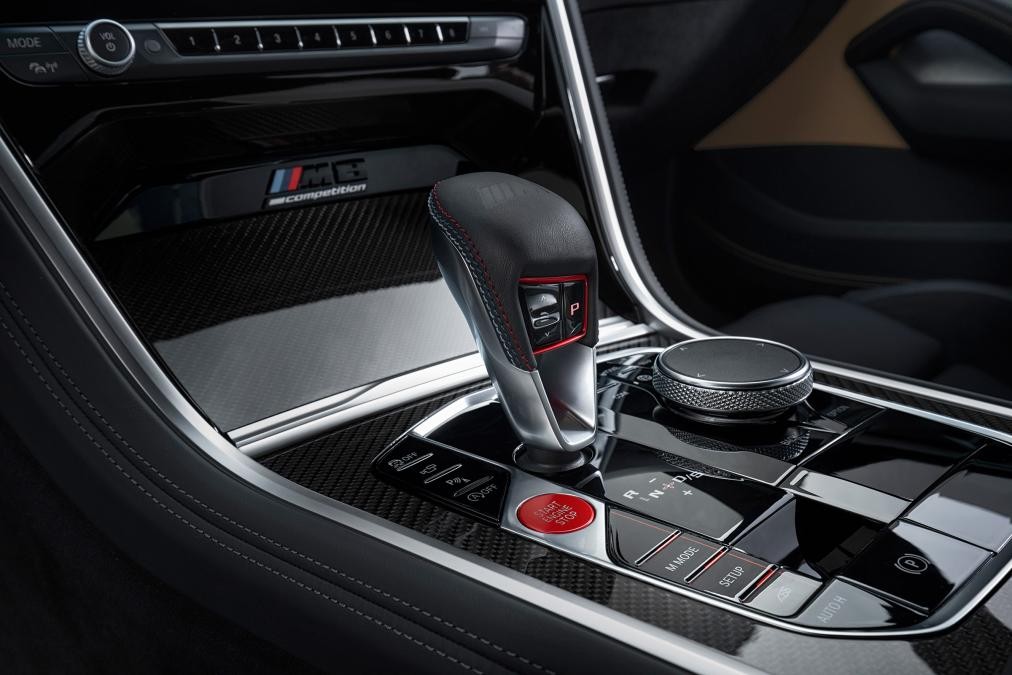 Little on the surface tells the story of this car, and what lies beneath the bonnet is probably what will define the new M8. It’s the same 4.4-litre twin-turbo V8 used in the M850i, but power climbs to 616bhp and 750Nm torque, and it links up with a new, stiffer engine mounting and a new exhaust system to fully untap the unit’s potential bark.

Top speed is limited to 155mph, but an M Driver Package can be optioned, removing the limiter and releasing the M8 up to a top speed of 189mph. Rather unsurprisingly, the new M8 is rather thirsty. BMW claims 26.9mpg for the hard top and 242g/km CO2, dropping to 26.6mpg and 246g/km for the convertible. 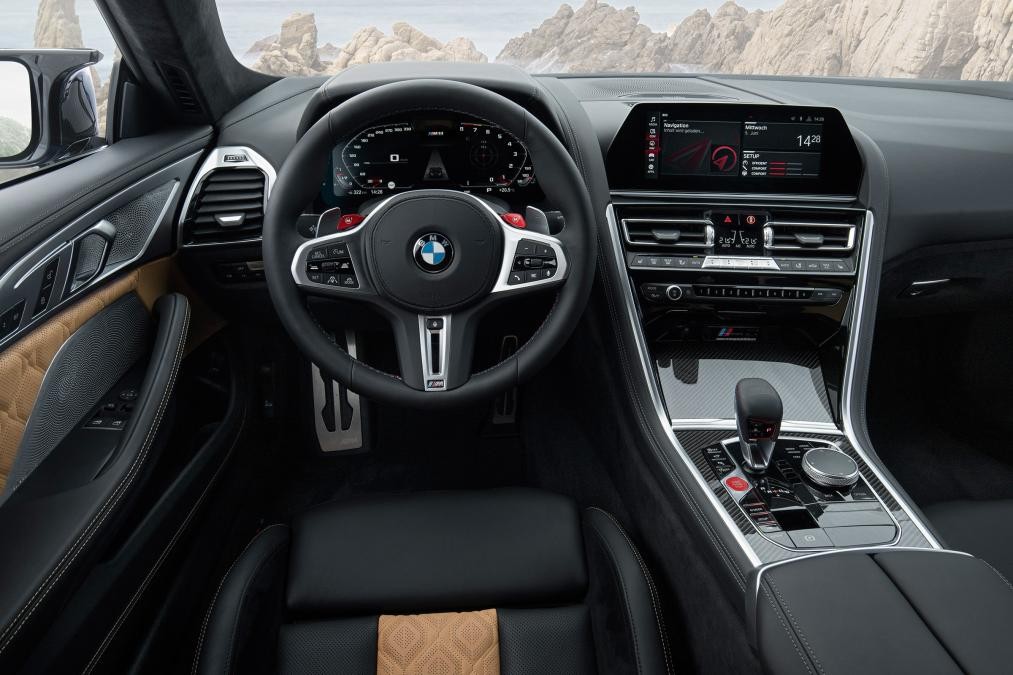 As ever, BMW claims that the xDrive all-wheel-drive set-up is distinctly rear biased and only brings the front wheels into play when the rear axle begins to break traction. The driver can configure the distribution of power between front and rear on the car settings menu on the infotainment system, and can flick through the M8’s various traction control settings and dizzying number of drive modes too. Deactivating the traction control unhooks the front axle completely for pure rear-wheel-drive.

The M specific chassis is lighter, but steering and suspension changes sound minor compared to the M850i. BMW has equipped the M8 with the same adaptive suspension hardware, but tuned to a set-up specific for the M8’s higher output. For instance, the front axle boasts increased negative camber.

The brakes swap out to M division drilled, inner-vented disks with six-piston calipers as standard. Carbon-ceramic units are optional, with 400mm size discs at the front and 380mm pieces at the rear. The new brakes are fitted with an M developed control module, bringing ‘comfort’ and ‘sport’ modes to the braking system which alter the amount of pressure required on the pedal to slow the car. 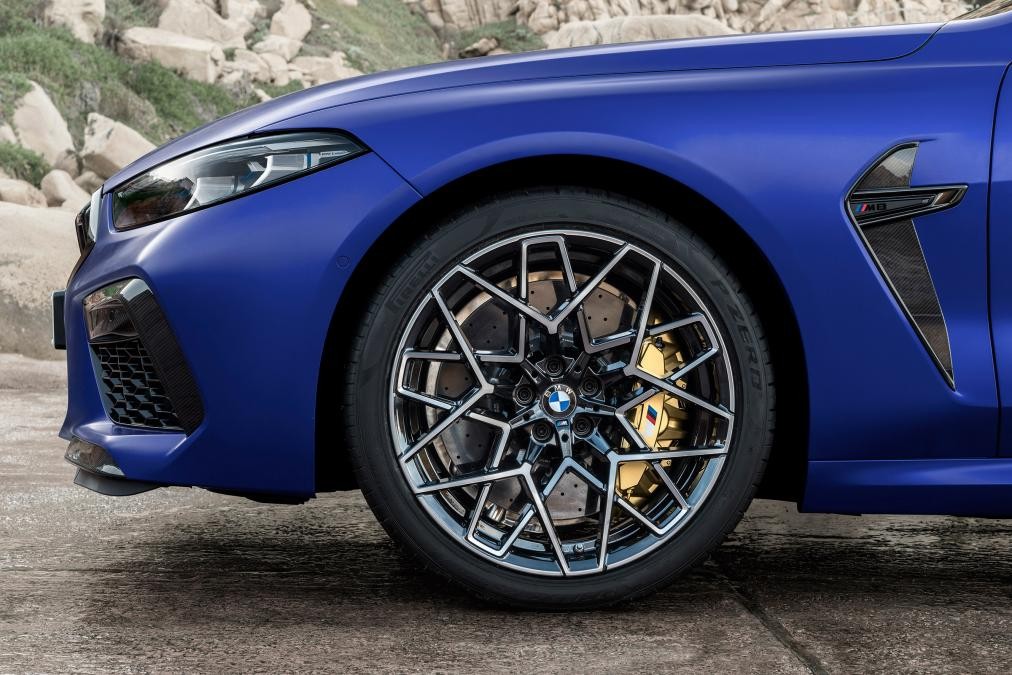 Standard equipment on the M8 Competition includes Driving Assistant (cruise control) and Parking Plus Assistant (automatic parking and a reversing camera), but buyers will have to stump up extra money for BMW’s latest Driving Assistant Professional setup, which enables semi-autonomous driver assist features including steering and lane assist.