Any new supercar has to be faster, lighter and more aerodynamically efficient than its predecessor. So it’s no surprise that Ferrari’s latest berlinetta conforms to this theory of evolution.

And evolution is exactly what the F8 Tributo is, with much of the engineering that’s gone into the brand’s recent hardcore 488 Pista trickling down to this road-focused replacement for the 488 GTB.

First, a recap of the specs: the 3.9-litre V8 makes 710bhp – 49bhp more than the GTB – and 770Nm of torque. The car is 40kg lighter and 10 per cent more aerodynamically efficient, creating more downforce without extra drag. All of this means 0-62mph in 2.9 seconds, although even more impressive is that the F8 will hit 124mph in only 7.8 seconds, and 211mph at the top end.

While Ferrari has undoubtedly achieved its goal of making the Tributo quantifiably better than the 488 that it replaces, it’s the inclusion of the newly evolved Dynamic Enhancer Plus system that’s key. It means this is also a more enjoyable car to drive, regardless of the increase in performance. 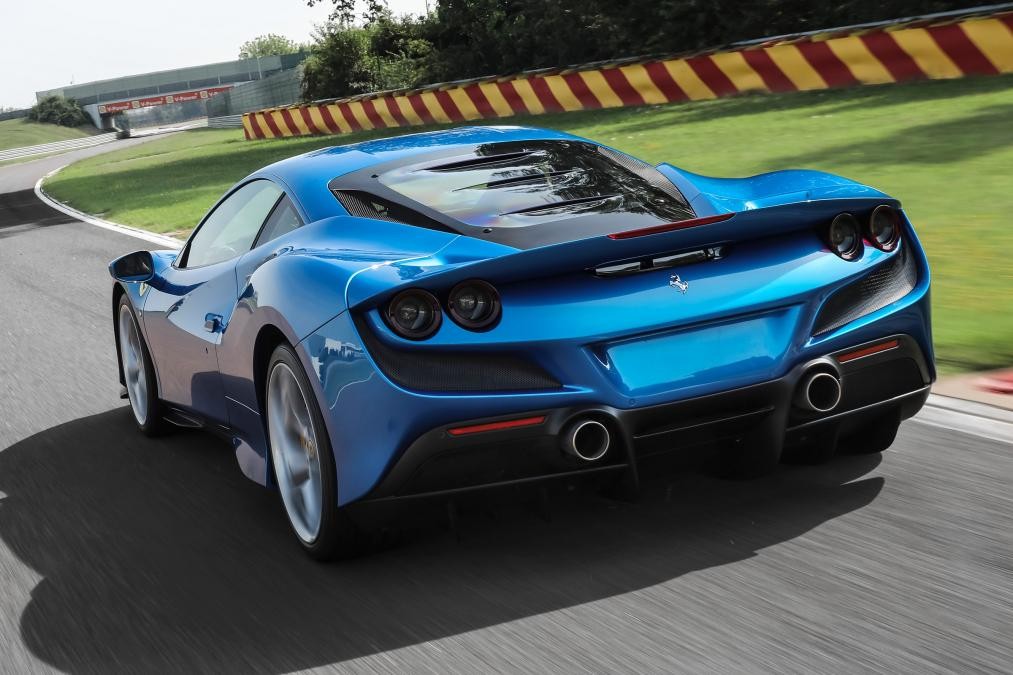 The Ferrari Dynamic Enhancer (FDE) made its debut on the 488 Pista. It can operate on individual brake calipers to more closely control balance and behaviour, so unlocking another layer of involvement. It’s back with the F8 in ‘Plus’ guise, meaning it’s now also active in Race mode (as well as CT Off) for maximum performance. It’s part of Ferrari’s Side Slip Control 6.1 tech, which integrates everything from the adaptive dampers to the e-diff, F1-trac and engine output.

Integration is key to the way the F8 Tributo drives. The chassis systems and electronics talk to each other to smooth out the car’s reactions to your inputs, and therefore keep the F8 on – or just over – the limit. It inspires massive confidence to drive extremely hard. You can push the car safe in the knowledge that the electronic safety net is working away in the background to assist you and boost the fun factor, rather than detracting from the experience.

This is made possible by the workhorse of an engine. It still revs with the aggression you’d expect from a Ferrari V8, but you need not stretch it, such is the torque on offer.

Ferrari’s Variable Torque Management makes an appearance once again to replicate the feel of a naturally aspirated unit. The peak 770Nm is available only in top gear, but there’s a huge reserve of grunt in the mid-range, and with next to no lag, throttle response is stunning for a forced-induction unit. Ferrari has worked hard on response time, and it shows. 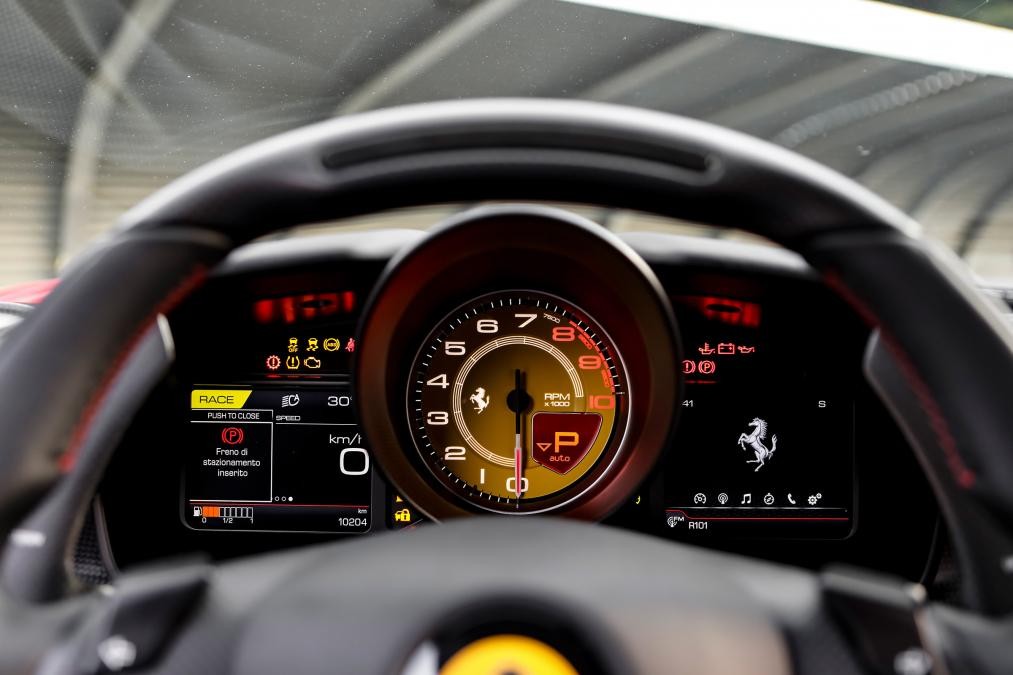 With so much torque to deal with, the gearbox is the next area to receive praise. It scythes through upshifts, and competently blips the staccato downshifts.

The level of grip and agility is great for a model that has to tread the line between being an engaging, stirring supercar, and making some concessions to usability. The steering is typical of Ferrari in its speed and calibration; it’s fast and very precise, and while the weight is just right, the wheel does not relay back a flood of information.

Road feel isn’t on par with a McLaren 720S’s, so it’s nice that the electronics haven’t masked the chassis balance. The FDE+ allows you to tap into this and explore its ability in greater clarity. You feel the car start to turn into a bend, the rear tyres start to bite as you apply the throttle, and the torque builds to overcome the traction. But what you don’t feel too abruptly is the way the chassis systems rein in the rotation of the rear end. It’s subtle, and the result is a car that engages without being intimidating.

The F8’s breadth of usability is also deeply impressive, with the suspension’s ‘bumpy road’ mode softening off the dampers enough to ensure cracked and rucked surfaces don’t deflect the car off line or impact too harshly through the chassis. 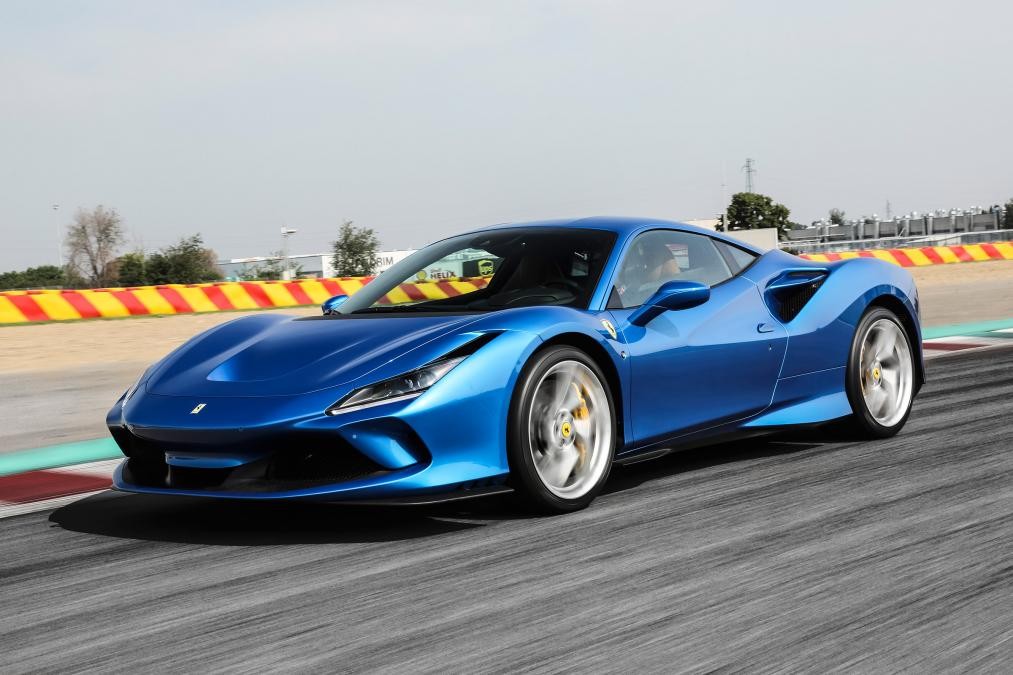 It’s not all perfect, though. As the cabin has its roots back in the 458, even after a redesign it’s still a little fussy, and the way certain functions work isn’t all that simple. Quality is befitting of the price tag, though.

The noise could be better, too. But credit to Ferrari, because it’s worked to pipe more natural engine frequencies into the cabin with its ‘hot tube resonator’. This helps to add fruitiness to the occasionally droney V8.

However, it’d be cruel to end on anything less than the F8 deserves – praise for its incredible technical ability, drawn together into an enticingly accessible package.