Ten cars that cost as little as £1,000 today but experts predict will become future classics worth much more

• These 10 cars from the late '90s and early '00s could become future classics
• All are available for between £1,000 and £6,500 on the market today
• However, they all have potential to become collectible in the coming years

Not all collectible cars are million-pound Aston Martins, Ferraris and Lamborghinis.

Recent trends have proved that four-wheeled heroes from the late 1980s and early 90s have become hugely sought after, resulting in values going through the roof for models, such as Ford's Sierra and Escort Cosworths, Peugeot's 205 GTI and other rival hot hatches.

This means means that, very soon, vehicles from the next generation - namely the late 1990s and 2000s era - are going to become more desirable. 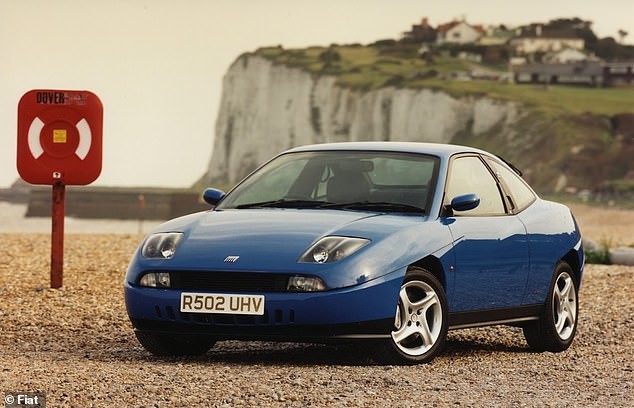 While the market for expensive vintage cars has slowed in recent years and looks set to decline, as we detail below, it’s still buoyant at the affordable end of the spectrum.

And that means you could be sitting on a ‘future classic’ without even realising it.

Here are the 10 models he expects to soar in value in the next decade, along with what potential buyers need to look out for, and the chance we think they have of becoming collectible future classics.

Watch out for: Electrical & suspension issues 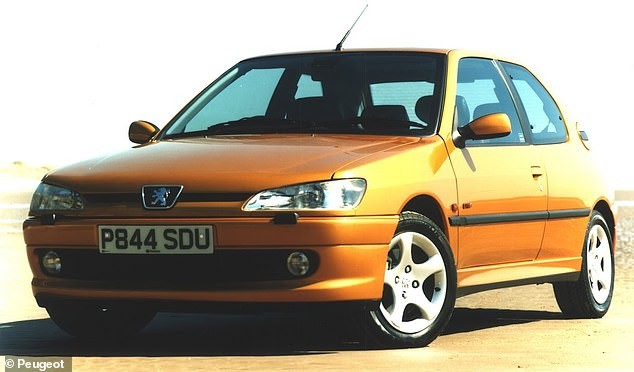 The Peugeot 205 GTI is the small French hot hatch to have right now, having built a cult following when they were new from the mid-1980s.

Today, these little pocket rockets are worth a respective fortune, with prices for the lowest mileage cars exceeding £25,000.

What we say: The 306 GTI-6 might not be at he same level of appreciation as the 205 GTI, but rarity should help values. Finding a good one is a difficulty.

Watch out for: Engine & electrical issues 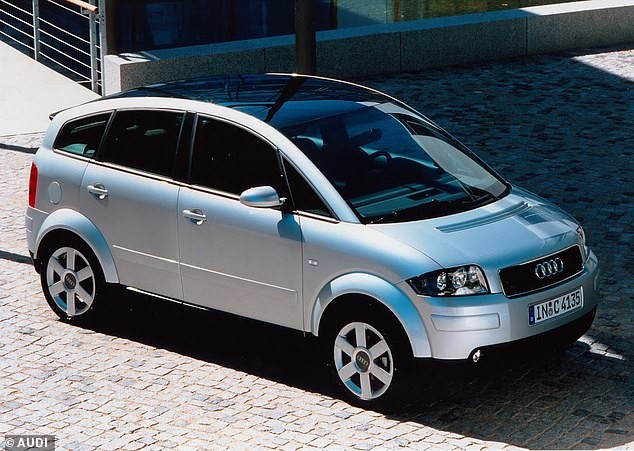 It’s fair to say this compact Audi was slightly ahead of its time, and as a result wasn't much of a sales hit when it was new.

And because it combines space-age looks with clever engineering involving lots of weight-saving aluminium, it’s gained a lot of fans.

It’s pretty economical too, though does have a few quirks that still don't make much sense today - namely an odd bonnet system that means you need to remove it entirely to access the engine bay. The 1.6 FSI petrol variant is the one to look for.

What we say: Those who did buy an A2 found they were a relatively reliable workhorse, which means that most have done big mileage. Find one with a relatively small figure on the odometer and you'll be laughing.

Watch out for: Suspension issues 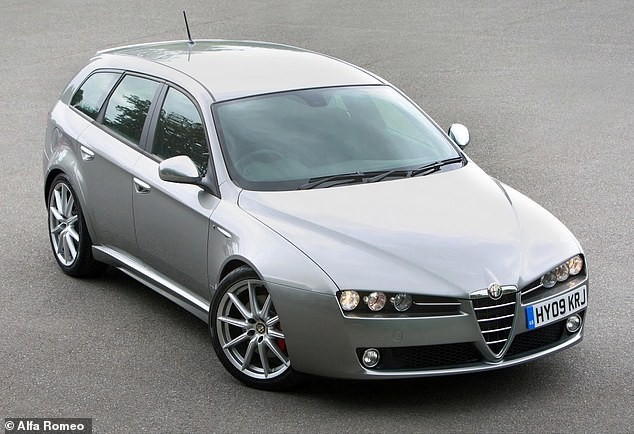 Some cars become collectible because of how they drive, but there are others that increase in desirability as appreciation for their looks heightens.

This is definitely the case for the Alfa Romeo 159 Sportwagon.

It was created by Italian designer Giorgetto Giugiaro, the same man who brought us Back To The Future’s DMC DeLorean.

MotorEasy says you need to look out for suspension issues, though given this era was notorious for Alfa Romeo foibles, we'd also recommend making sure the electrics are operating as they should.

What we say: There's no denying the 159 was very pretty, but it's the 156 Sportswagon - especially the fire-breathing 3.2-litre V6 GTA versoin - that is more desirable.

Watch out for: Engine & electrical issues 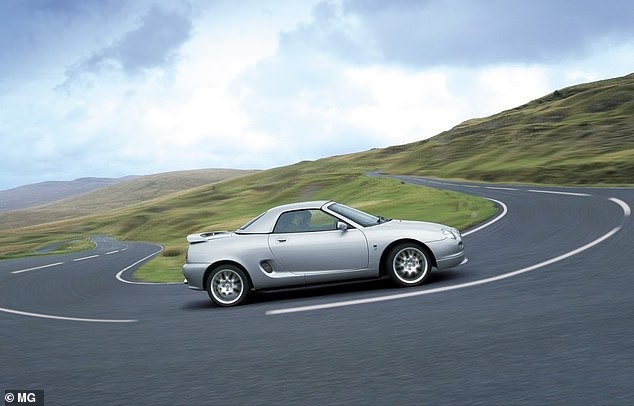 Drop top sports cars have historically been contenders for future classics - and British ones are even more sought after.

And while the MG F has its detractors, public opinion appears to be changing on these little British cars - and prices are currently at an all time low.

The MG F is fitted with a 1.8 litre ‘K Series’ engine sourced from Rover. And these engines can be prone to head gasket failures. However, get a good one, and the MGF is a real driver’s car.

What we say: Specialist firms have been buying them up in recent years, meaning prices could soon go up, but the best examples are likely to have had the right people maintaining them.

Watch out for: Suspension & electrical issues 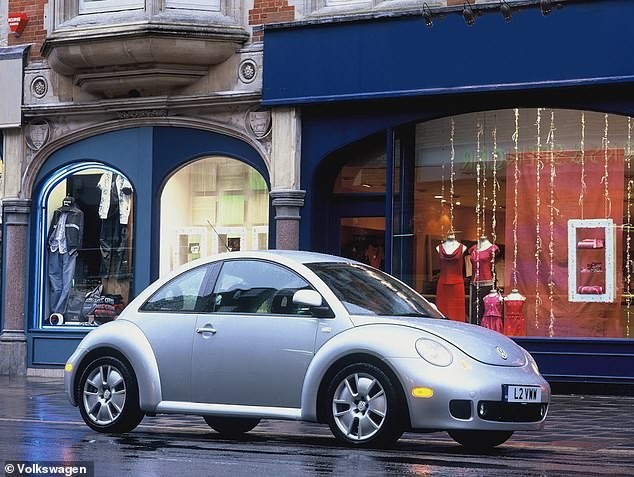 When Volkswagen reintroduced the ‘new' Beetle to the market in 1997, seemingly dull styling made sure it was unloved. But it’s tough to kill an icon.

And when VW called time on the Beetle for good in July this year, interest in the old models was suddenly rekindled.

Think of it as the alternative to the VW Golf GTi of the same era, but in seriously limited numbers.

What we say: The reborn Beetle never really delivered, and we still think there's some time until a fanbase for them establishes. Buy one now on the cheap and it could be a reliable late bloomer.

Watch out for: Suspension & engine issues 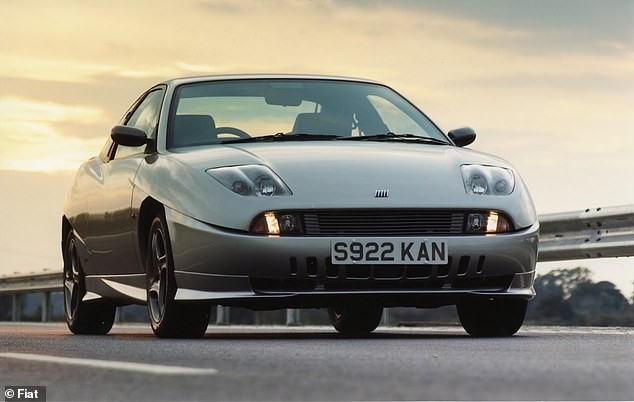 With its Ferrari-esque looks, prices for Fiat Coupe have been slowly creeping up in recent years.

And now might be your last chance to get your hands on one before they become too expensive - with quality examples being sold for £10,000 plus.

The 20v Turbo models hold their value best and cost the most.

Engine issues can be common. This is mostly down to the fact they were relatively affordable in the day so many who bought them chose to thrash them.

What we say: Finding one that hasn't been abused or terribly modified is going to take Sherlock-like investigatory skills. There can't be many sound originals in existence. 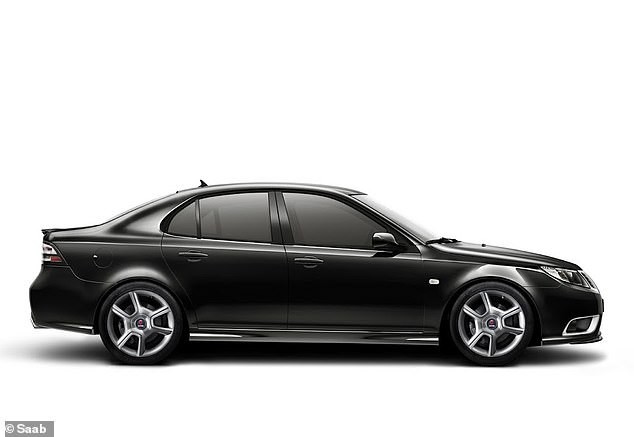 When the Swedish firm folded in 2012, hardened Saab fans wept.

And with the cars now something of a collector’s item, the rarest Saabs are sure to hold their value.

When the brand pulled operations from the UK it also took most of the aftercare service with it. So make sure you check the record of models to make sure they were maintained by specialists.

What we say: Rarity is key with these, though the only problem is they haven't depreciated as much as other cars here.

Watch out for: Suspension & gearbox issues 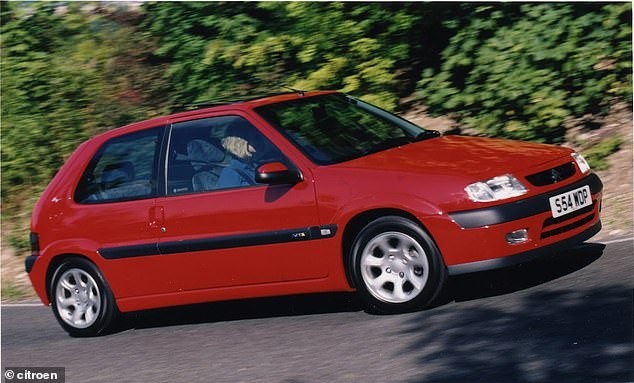 The Saxo VTS was the epitome of affordable hot hatches in the late '90s.

It was the range topping Saxo, which came with a punchy 16-valve, 1.6-litre petrol engine and bags of personality.

They were immensely popular with enthusiastic young motorists in the day - which means they were often thrashed and commonly crashed.

That said the very same drivers will be looking to relive their youth by putting their hands in their pockets in the years to come.

What we say: There's a difference between the hot hatches from the '80s and '90s to those of the 2000s. Examples from the latter era, like the Saxo VTS, were 'warm' hatches, so we're not sure if they will be as appreciated nostalgically.

Watch out for: Suspension & electrical issues 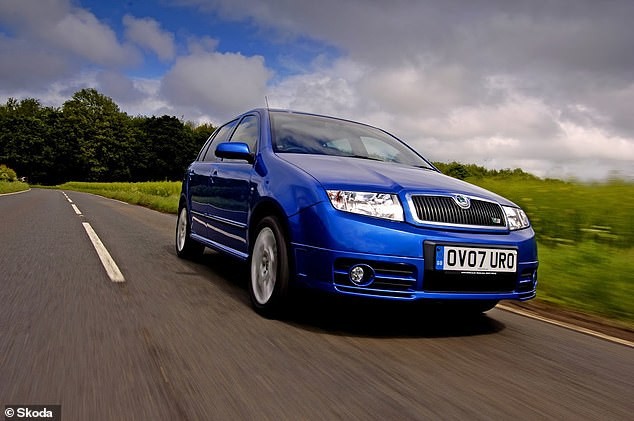 When the Fabia vRS first hit showrooms, the only option you had was to get it with a 1.9 litre diesel engine.

That's rare for a small car with hot hatch pretenses.

Petrol engines only came with more modern versions of the vRS.

But that decision means the original vRS is now a much sought-after car, considered by many to be one of the most un-sung hot hatches going.

What we say: Everyone hates diesel right now, which won't help current values. Will people look back at an oil-burning warm hatch fondly in the future? We're not entirely convinced. 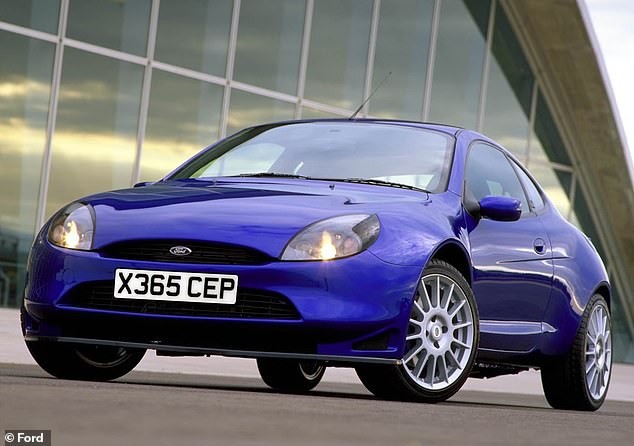 In June this year Ford revealed its latest Puma - a chunky looking SUV. That model is a million miles away from the original Puma, released in 1997.

And it’s the old model which many are tipping for future classic status.

The appeal is in the dynamics of the handling, with the Puma seemingly defying the laws of physics at times.

Sporty Racing Pumas are already going for £15,000, but the standard versions can be had for a whole lot less. The 1.7-litre version is the one to choose if you can't stretch to the rally-inspired Racing variant.

What we say: Puma Racing models are already well out of the budget, but a good 1.7-litre model in original condition is the next best thing and - kept well - should increase in value.