SHRIMPERS OFF THE MARK AS WADDOCK TAKES CHARGE

Southend United are off the mark for the season after Stephen Humphrys’ late strike secured Blues a 3-3 draw at home to Fleetwood Town.

Blues had gotten off to an ideal start when Stephen McLaughlin’s return to the side was marked by the Irishman curling in a free-kick just after the quarter-hour mark.

The visitors though would go into the break 2-1 to the good after Jimmy Dunne nodded in from close range before John Morris tapped in the rebound following a Danny Andrew shot.

Southend reacted well after the restart, equalising through another free-kick, this time from Stephen Humphrys’ who low effort beat the dive of Matt Gilks.

But Fleetwood would go back in front shortly after when Lewie Doyle’s cross was met by the head of Kyle Dempsey’s whose bullet header which looked like being the winner.

That was until Humphrys popped up to grab his second of the game, beating Gilks from a tight angle to win Southend their first point and end a run of six straight league defeats.

Gary Waddock was in caretaker charge of Blues for the visit of Fleetwood following the departure of Kevin Bond last week and he saw his side get off to the perfect start after a quarter of an hour.

A somewhat needless foul by former Southend defender Peter Clarke on Stephen Humphrys gave the home side the opportunity to score from a free-kick 20-yards from goal. 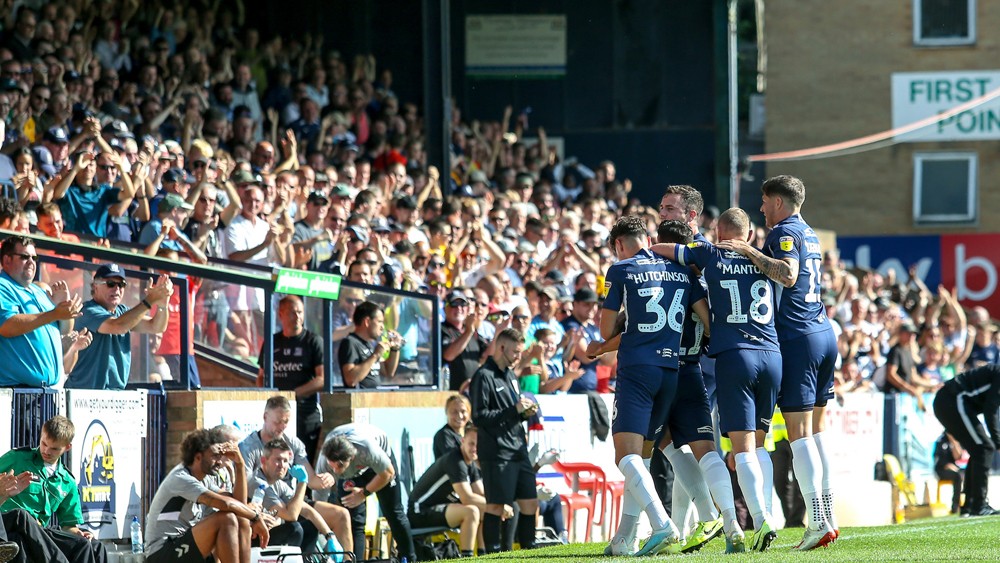 Humphrys, Issac Hutchinson and Stephen McLaughlin stood over the set-piece, with McLaughlin curling a delightful effort round the wall and into the bottom corner to give Southend the lead.

McLaughlin’s effort was the first goal scored by a Southend player at Roots Hall this season and he went close to grabbing a second, firing over from close range after a Hutchinson effort was saved.

Blues had dominated early on and should have grabbed a second of the game when Hutchinson and Humphrys linked up well before the latter’s strike was saved well by the feet of Matt Gilks.

The visitors though would may Southend pay for their missed opportunities and would turn things around by scoring twice before the break to go into the half-time interval with a lead.

Joey Barton’s side equalised after Blues failed to deal with a corner into the box and with the ball bouncing in the area, loanee Jimmy Dunne nodded in from close range to level.

And right on half-time the Cod Army would go in front when Danny Andrew’s shot through a crowd of players was parried by Mark Oxley, leaving Josh Morris to mop up and score the rebound.

Having gone into the break behind, Waddock got the perfect reaction from his players who levelled shortly after the restart with another free-kick for Blues resulting in a goal.

From marginally further out than McLaughlin’s first-half effort, Sam Mantom dummied before Humphrys stepped up and ripped a low strike passed the diving Gilks to restore parity. 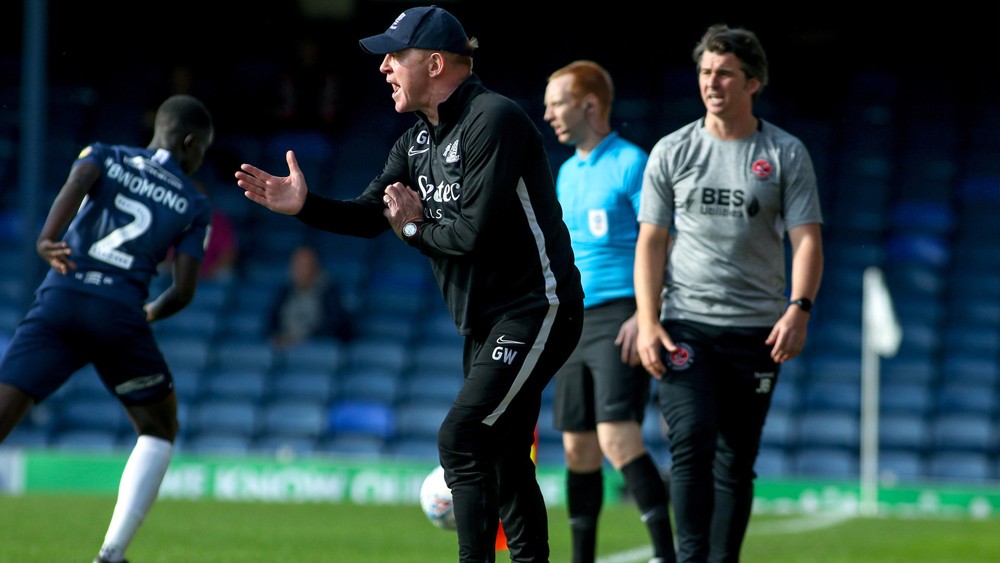 Blues would have wanted to kick on from that equaliser but Fleetwood would retake the lead just four minutes after Humphrys had levelled.

Defender Lewie Coyle, under pressure, done brilliantly well to dig out a cross from the right with his cross being met by a bullet header from Kyle Dempsey to put Barton’s side back in front.

In such a topsy-turvy contest, the visitors had a great chance to put daylight between the two sides when Morris got goal side but was unable to find the target with his strike.

Harrison Biggins, who’d only just come on, then had a great chance of his own go begging when his curled effort was deflected over the crossbar by Harry Lennon.

If Southend were to pick up their first point of the campaign they needed to find an equaliser and, as had been the case all game, set-pieces looked like their most likely route.

Blues won a free-kick over the far left which was swung into the box by McLaughlin. Rob Kiernan met the delivery with a powerful header but could only direct his effort wide.

With Southend pushing for an equaliser the game became stretched and Fleetwood hit the post when Dunne found space on the left, beating the ‘keeper but not beating the woodwork.

And like Fleetwood had made Blues pay for missing their chances in the first half, Southend would capitalise on Fleetwood’s missed opportunities in the second-half by grabbing a deserved equaliser.

Humphrys barged his way down the right before shooting from a narrow-angle. His strike came off the goalkeeper and into the back of the net to win Southend their first point of the season.