Southend’s wait for a league win under new boss Sol Campbell continues after Blues suffered a 4-1 defeat to Portsmouth at Fratton Park.

The home side would extend their lead through a contentious Ellis Harrison effort shortly after the interval before Brandon Goodship would grab one back for Southend with 20 minutes remaining.

But another Harrison goal, this time from the penalty spot, would restore Pompey’s two-goal lead with Marcus Harness’ deflected effort rounding off the scoring for Kenny Jackett’s side.

Having shown plenty of endeavour in a losing effort against Sunderland on Saturday, this wouldn’t have been the result Sol Campbell would have wanted against one of his former sides.

Campbell played over 100 times for Portsmouth in a three-year spell which saw him win the FA Cup and the Blues boss decided to keep his Southend side unchanged from Saturday.

Fireworks may have been going off outside Fratton Park on Bonfire Night but it would take over half an hour before any sparks began to fly on the pitch on a chilly evening on the south coast.

Southend looked content to sit deep early on but when Blues did venture forward they caused the home side a few scares and created the first clear chance of the evening through Brandon Goodship.

The young striker found himself through on goal after a perfectly timed ball from Isaac Hutchinson, with Goodship firing hard and low but unable to beat Alex Bass in the Portsmouth goal. 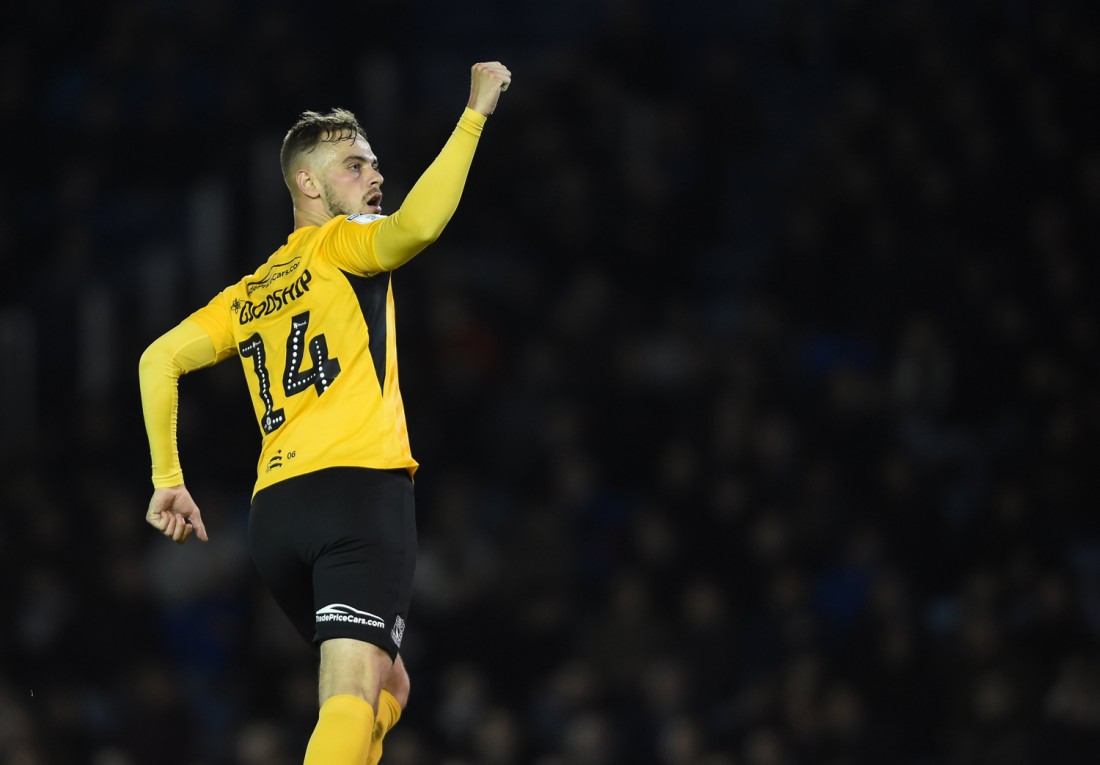 That appeared to be the catalyst for a flurry of shooting opportunities for Blues who had Hutchinson chance his arm twice from distance before Simon Cox had a go from range without troubling Bass.

Despite having a lot of the ball in the first-half, Portsmouth struggled to create any clear openings but as the half came to a close Kenny Jackett’s side would force their way into the lead.

Blues looked to be going in level at the break when Ben Close forced a brilliant save out of Nathan Bishop who’d sprung to his right to save Close’s low effort before the ball was bundled away.

But Bishop would be beaten right on the stroke of half-time with John Marquis’ outstretched boot deflecting Brandon Haunstrup’s cross past the already committed Bishop to give Pompey the lead.

Southend will feel unfortunate to have gone into the break a goal behind but their problems only intensified after the interval as Portsmouth flew out of the blocks in the second-half.

Ellis Harrison had a great chance to head Portsmouth further in front within three minutes of the restart, heading over Lee Brown’s cross from a little over six-yards out.

Harrison though would make up for that missed opportunity by doubling Pompey’s advantage two minutes later, albeit from what appeared to be an offside position.

Having fended off an earlier chance, Marquis’ header on goal found Harrison who was stood on the byline, with the former Bristol Rovers striker putting the ball in off the underside of the crossbar. 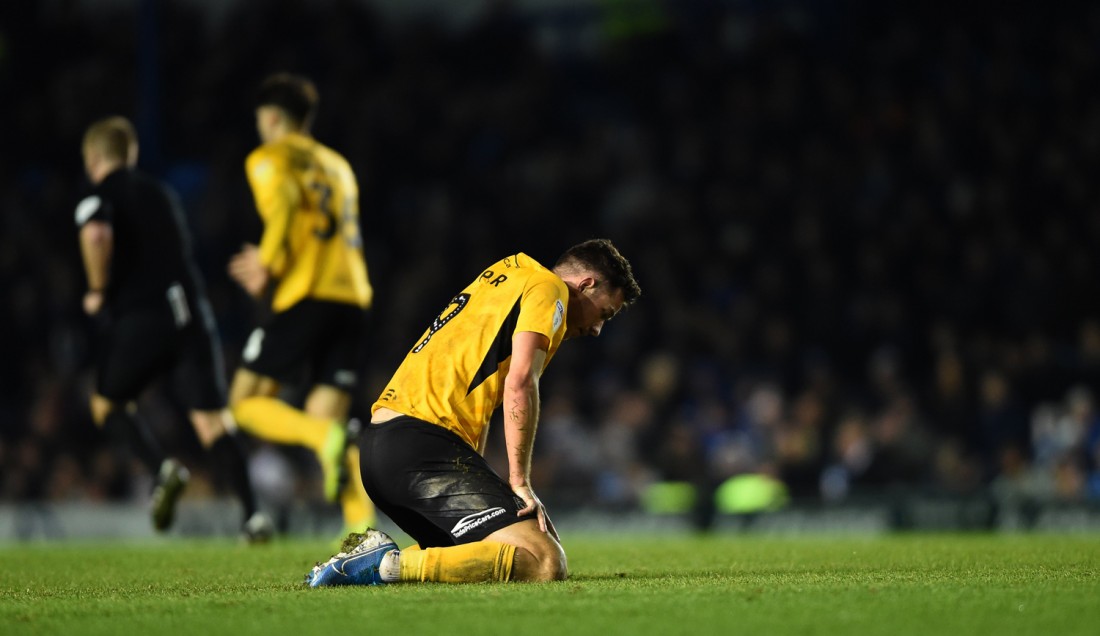 Now with daylight between the two sides, confidence started to exude from Pompey and they went within the width of a post from scoring a third as Tom Naylor’s first-time strike hit the woodwork.

That confidence though would take a knock when Southend grabbed one back with a little over 20 minutes of the game remaining as Goodship halved Blues’ deficit.

After a passage of patient build-up play by the visitors, Goodship shifted onto his right foot and fired towards goal, seeing his effort go through Bass and in to get Southend back in it.

Nerves were now starting to jangle around Fratton Park with Kenny Jackett’s side having conceded injury-time equalisers in both of their last two matches against Oxford and Bristol Rovers.

The home side though would get the chance to restore their two-goal advantage when referee Lee Swabey pointed to the penalty spot after an apparent tug inside the area.

Harrison stepped up to the challenge of scoring Portsmouth’s third of the evening, powering the ball beyond Bishop and lift the nerves around Fratton Park.

With Southend down and out, the home side would put the exclamation point on the evening by grabbing a fourth as Marcus Harness’ deflected effort beat Bishop to pile more misery on Blues.