SONY ROLLS OUT ITS FIRST EVER CAR

• It features '360 degree' audio capabilities and a panoramic dashboard screen

Sony has debuted its first-ever car, a one-off autonomous vehicle designed to showcase the company's prowess in the self-driving field.

The so-called Vision S is decked out with the best automotive tech Sony has to offer including 33 sensors, including Lidar and radar.

As the brainchild of an entertainment technology giant, the Vision S has 360° audio and a panoramic dash that stretches below the entire windshield.

Its announcement followed the unveiling of the logo for the PlayStation 5, but not the much-anticipated gaming system hardware as well as a broadly-brushed recap of the company's sensor, camera and safety products. 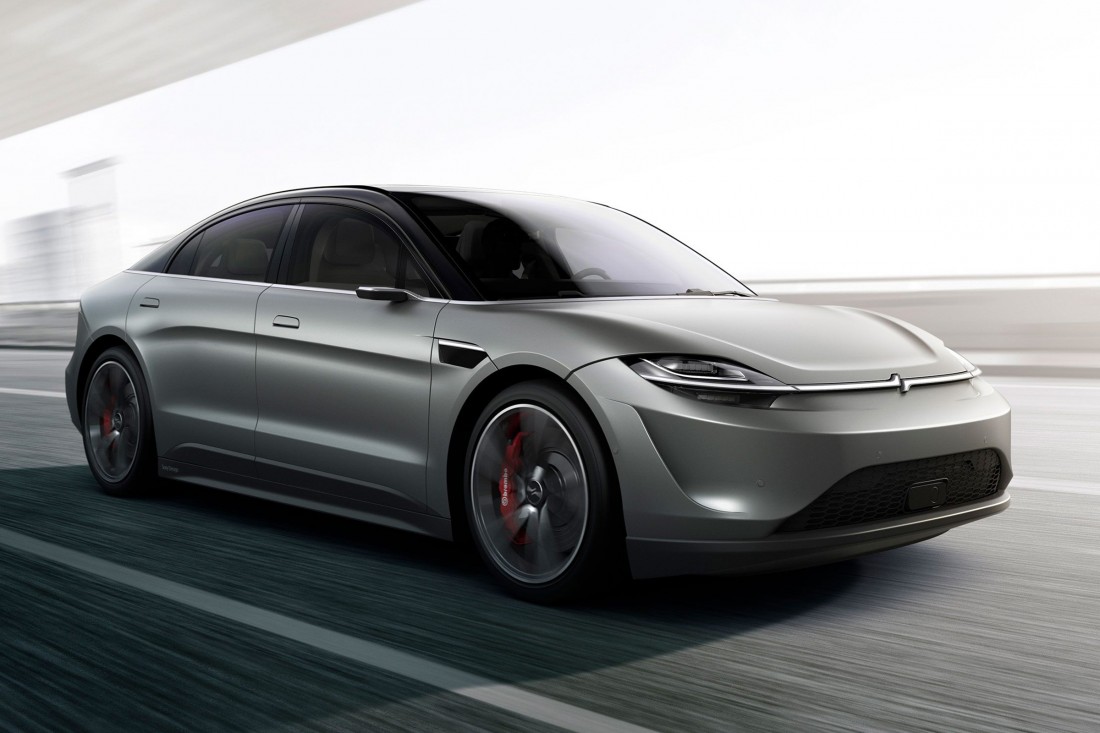 Sony hinted that the Vision S prototype is designed to be an 'EV,' or electric vehicle, and highlighted its 'adaptability' and continuous cloud updating capabilities.

'We are excited at about the road ahead,' quipped Kenchiro Yoshida, Sony's chief executive, from the CES stage.

As the tech giant's presenters had done to lesser effect with the PS5 logo, Yoshida led with the sleek logo of the Vision S.

But then, the logo appeared in three dimensions, stretching across the entire front of the prototype sedan and bisecting its headlights.

The silver model features a panoramic sun roof, what appear to be carbon ceramic brakes, a plush interior and a large digital screen for control of the entertainment systems.

'We believe that the evolution of mobility will also redefine cars as a new entertainment space,' said Sony CEO Kenichiro Yoshida.

Sony has been leaning heavy into the market of autonomous vehicles, and has developed considerable self-driving technology.

A number of its sensors and equipment is already used on other vehicles.

CMOS sensors, like those used in its cameras, are currently fitted to some vehicles, including the Toyota Corolla and Lexus NX.

Branching into the development of Lidar however is a bold move, and puts in straight in the firing line of established firms, including Bosch and Quanergy. 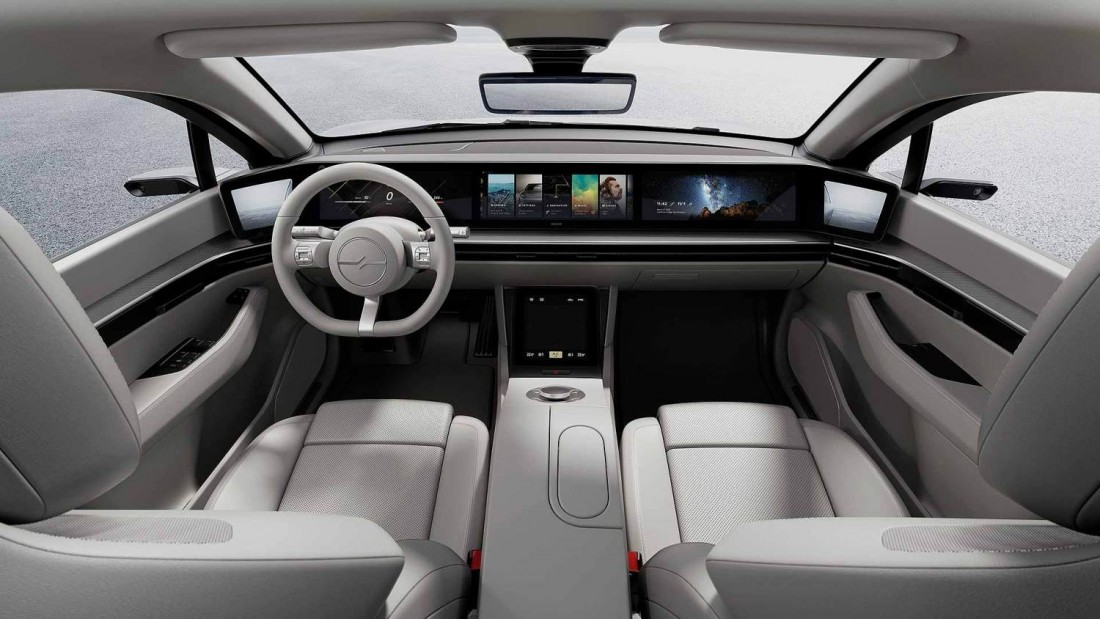 It comes after a long line of sensor-heavy robotic pets and a car safety 'cocoon' that marked Sony's foray into AI-infused motion detection and protective technology - and perhaps paved the way to its new automotive prototype.

Yoshida said that Sony envisions 'cars as the new entertainment space,' and is focusing on not just mobile technology but 'mobility technology.'

Vision S's interior is equipped with speakers designed and placed to create a '360 degree' audio experience.

Its extra-wide dash appears to display multiple interactive frames - perhaps including a feed of the car's exterior for safety and of entertainment for passenger enjoyment.

Yoshida described the vehicle as EV - presumably, an 'electric vehicle' - and stressed its 'adaptability.'

The tech giant's collaborating partners featured predominantly the names of other telecomm and tech shops like Nvidia, Qualcomm, Magna, Bosch and Blackberry.

But Vision S's 'adaptability' could suggest a base or chassis that could be outfitted with different body styles, such as the sedan prototype or a crossover SUV, perhaps manufactured by the named luxury car company, Continental Automotive.

Tesla has seen great success integrating high tech, sustainability and the most American of inventions, the car, but it's a tough time to enter the automotive industry, which saw a decline estimated between 1.6 and three percent from 2018 to 2019, according to CNBC Markets.