STRONG POINTS THE AIM FOR GKR TRADEPRICECARS.COM AT DONINGTON PARK

The GKR TradePriceCars.com team will seek to put strong points on the board when the new Kwik Fit British Touring Car Championship season kicks off this coming weekend at Donington Park.

The multi award-winning, Essex-based motor dealership goes into its second season in the most competitive series in British motorsport looking to build on a stellar 2019 campaign, where it secured a breakthrough victory and regularly took the challenge to the established order on track.

Whilst the team will continue to campaign a pair of Audi S3s during the delayed, nine round season, a new-look drive line-up will debut in the East Midlands, with third year racer Bobby Thompson being joined by former British GT champion James Gornall - who makes his series debut.

Bobby joins the team on the back of an encouraging 2019 season that saw him secure his maiden top six result and a total of ten points scoring finishes - leaving him just outside the top ten in the Independents’ championship and third in the Jack Sears Trophy for drivers who have yet to finish on the overall podium.

The 23-year-old from Essex goes into the season opener seeking to build on a solid pre-season testing programme that saw him running well in the midfield pack during group testing at both Silverstone and Snetterton.

Armed with the very car that gave GKR TradePriceCars.com its maiden race win at Knockhill nearly twelve months ago, Bobby will look to put some strong points on the board to kick-start his championship challenge, with the former VW Cup champion being tipped as one of the favourites for the Jack Sears Trophy title.

New team-mate James has already had reason to celebrate prior to the start of the racing season having become a father for the first time on the eve of the opening rounds.

The 36-year-old has enjoyed an impressive career to date beyond his British GT success, and makes the switch into the BTCC this year as the reigning MINI Challenge UK champion.

James - known to fans by his nickname 'Jiggy' - showed impressive pace in the Audi when he lined up against the rest of the field for the first time in the season launch test at Silverstone back in March, setting a quickest time just outside the top ten overall.

Having then repeated the feat in wet conditions during the final day of the recent two-day group test at Snetterton, James heads for Donington Park - a circuit where he won en-route to the MINI title - confident about making his mark on his debut in the series. 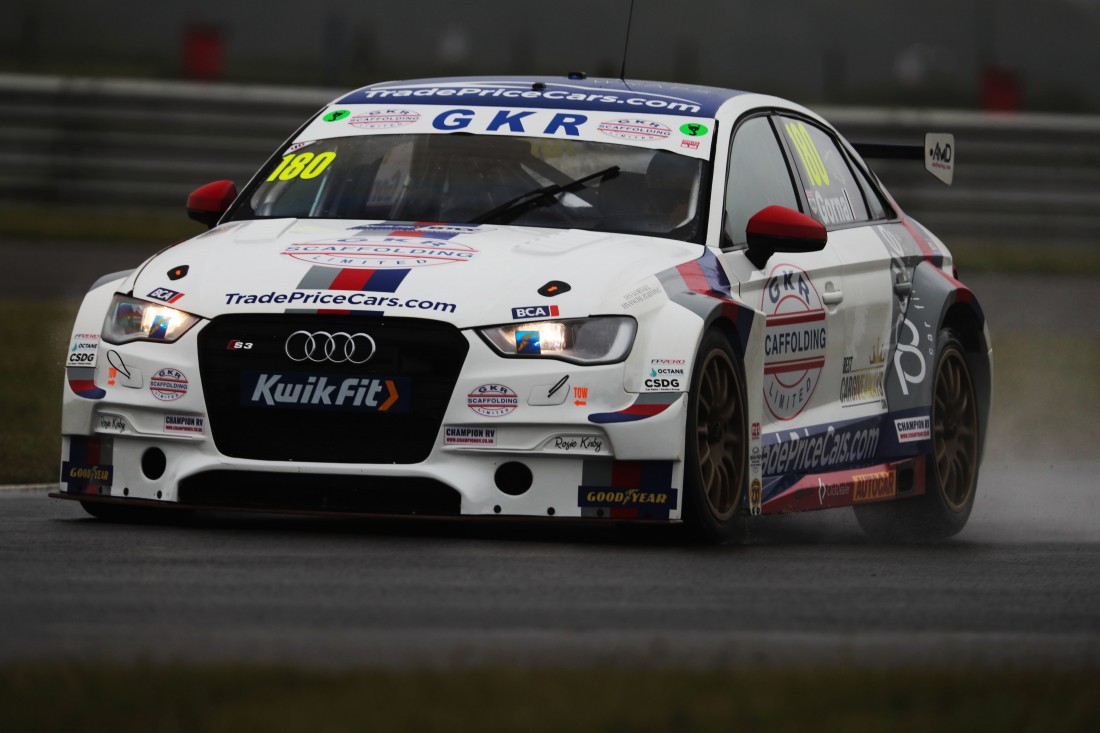 "It’s great that we are finally able to get the season underway this weekend and I’m feeling confident heading to Donington Park. Although I haven’t had that much time in the car during the off-season, the testing that we have done has been really positive and I think we are in a good place.

"It would be nice if it was dry as I haven’t had a lot of time on slicks with the Audi, but at the same time, we know we have a decent package in the wet; even with a few little things that we still need to try out. I don’t think anyone has really shown their hand in testing so we need to see exactly where everyone stands when the action kicks off, but I’m confident about what we can do.

"Personally, my focus is on trying to bring home some top ten finishes this weekend. We have to try and qualify as high up the order as we can and I feel we’ll have a good race car that will allow us to push for some good points to start the season."

"I’m really looking forward to Donington Park this weekend and I’m feeling good about getting out on track to race in the BTCC for the first time. I feel my preparation has been strong, and I think there won’t be many drivers out there who have worked as hard as I have done during the off-season.

"Like most drivers, it would have been nice to get some more dry testing as a lot of our running has been when it has been cooler and when the weather hasn’t been so good, but I’m happy with the car and am looking forward to the challenge of going up against the rest of the field.

"For me, qualifying is when we’ll get the chance to see where we stand and we roll out onto the track, I’ll be giving it my all and aiming for P1 - as will every other driver on the grid. I’ll tell you after the weekend if things have gone well, but it’s important to remember that this is a series where consistency is key and we have to make sure we focus on that during the season ahead."