THE CHEAPEST 10 NEW CARS FOR YOUNG DRIVERS TO INSURE REVEALED

• Average insurance premiums for 17-24-year-olds is around £1,500
• Comprehensive cover on these 10 models cost, on average, less than £1,000
• All are relatively tiny city cars with low-capacity - and low power - engines

The cost of getting on the road isn't cheap. It's estimated that a new driver forks out an average of £7,000 in their first year alone.

Comprehensive insurance cover makes up a big chunk of this, with average premiums for 17 to 24-year-olds costing around £1,500, according to recent reports.

That means choosing a vehicle that's affordable to insure is more important than ever. And these 10 top new models, on average, are less than £1,000. 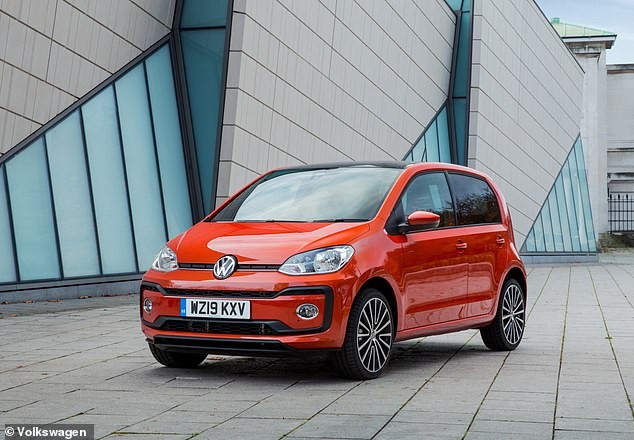 Cheapest: The VW Up has been named by GoCompare as the most affordable new car for young drivers to insure, costing an average of £888 for a 17-24-year-old

Comparison website GoCompare suggests insurance premiums for drivers under the age of 25 are falling - though remain astronomically expensive.

But if younger drivers choose one of these 10 motors, they could save up to a third or even more.

That's because they all cost less than a grand to insure for a year on average for drivers in this age bracket.

All are relatively tiny city cars with low-capacity - and therefore low in power - engines.

Topping the list is the VW Up with a 59bhp 1.0-litre petrol motor under the bonnet.

The 10 cheapest cars for young motorists to insure

Acceleration isn't what you'd call brisk - taking 14.4 seconds to hit 62mph from a standing start - and the top speed is 99mph.

While the VW is in insurance group 2, the comparison site says this isn't always the best measure to determine if a car is cheap to cover. 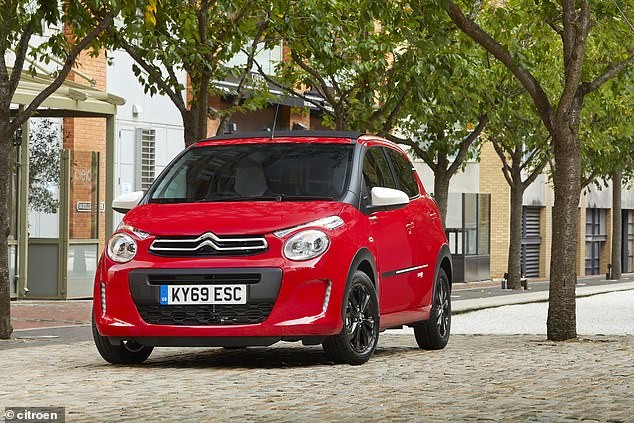 The Citroen C1 is categorised in insurance group 7 but is, on average, the second cheapest of all new cars for young motorists to get comprehensive cover on 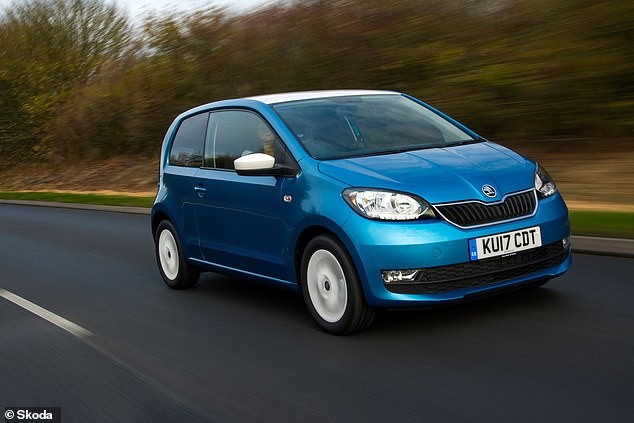 The Skoda CitiGo was the third most affordable model to insure for new drivers, costing an average of £913

The volume of claims made against each model in the past for accidents, thefts and damage through vandalism will also impact quoted premiums, not just the performance of the vehicle itself.

Just behind it in the list is the Citroen C1, which falls into insurance group 7. Despite that, the cost to insure one with a small capacity engine is just £903 for young motorists.

Third in the standings is the insurance-group 2 Skoda CitiGo, which is the same as the VW mechanically but costs £913 to cover. 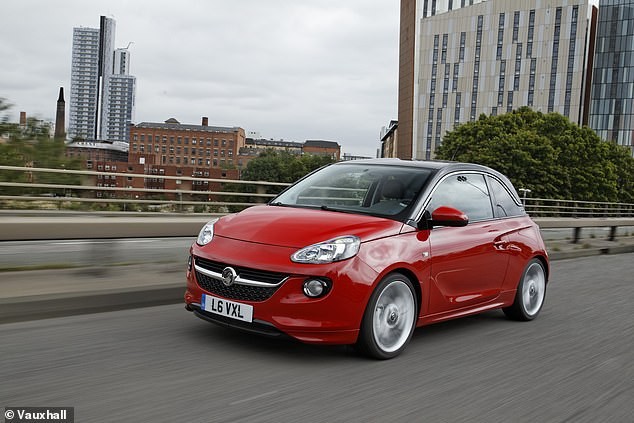 The Vauxhall Adam fitted with the 1.2i petrol engine made the top 10, with an average insurance cost of £923 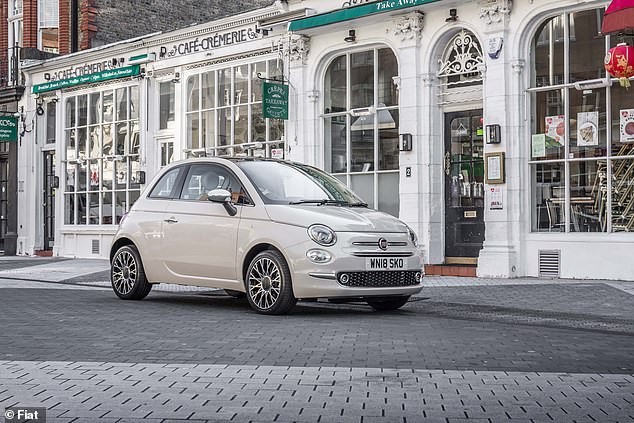 Lee Griffin, founder, and chief executive of GoCompare, said: 'Sensible cars with smaller engines are generally a better option for new drivers but don't assume that because a car is in the lowest insurance group, it will always be the cheapest to insure. It doesn't always work like that.

'Combining the right car with other money-saving tips such as selecting a telematics, or "black box" policy and adding someone with an established safe driving history to your policy as a named driver can also help to keep the costs of car insurance down.

'Treating yourself to a hot hatch or sports car is best left until you've gained a few years of experience behind the wheel and avoided any accidents.'

This is made up of members from the Association of British Insurers and the Lloyds Market Association, supported by Thatcham Research.

The panel decides which insurance group new car models fall into based on the following factors:

Every car is grouped from one to 50, with one being the cheapest. The more expensive, powerful and rarer your car, the higher the category it will be placed in.