THIS EX-BTCC FORD SIERRA COSWORTH IS THE ULTIMATE RETRO RACER

This is an ex-British Touring Car Championship Ford Sierra RS500 Cosworth racing car built by the iconic Andy Rouse Engineering. And it’s for sale. Though, you’ll need slightly more cash than you would for your adverse road car – between £150,000 and £180,000 if the estimate is to be believed. A fraction more, if that.

The headline stat is 540bhp from a turbocharged inline-four engine. Mega. However, as with many retro racing cars, the real interest comes from this particular Sierra’s story.

It was one of two RS500s to wear that sweet Kaliber livery in the 1988 British Touring Car Championship – a time when the racing had gone wild, budgets were skyrocketing and the cars were fire-breathing monsters.

This car, chassis number ARE 0988, took Guy Edwards to four podium finishes and a subsequent 11th place finish in the championship overall. However, its sister car, driven by Rouse himself, secured 3rd place.

0988 was the unloved sibling then, and at the end of the season the car was sold to a man named Adrian Fu, who painted over the Kaliber colours and raced it at Macau and in the Asia Pacific Series. It then left Asia and was entered into the 1992 James Hardie 12-hour at Bathurst, before ending up in the circuit’s museum.

After a championship win in 1996, the Sierra was eventually retired. Then in 2016 it was decided that a full restoration and return to the original BTCC paint was required. That means the engine has barely been touched (it’s only had 15 hours of running) and the driveshafts, rear end and suspension are also new.

The Sierra Cossie is now back in its home country, and will go up for auction at the Silverstone Classic Sale on the 28th of July. Start practising those arm exercises now, because there could well be a bidding war on this one. 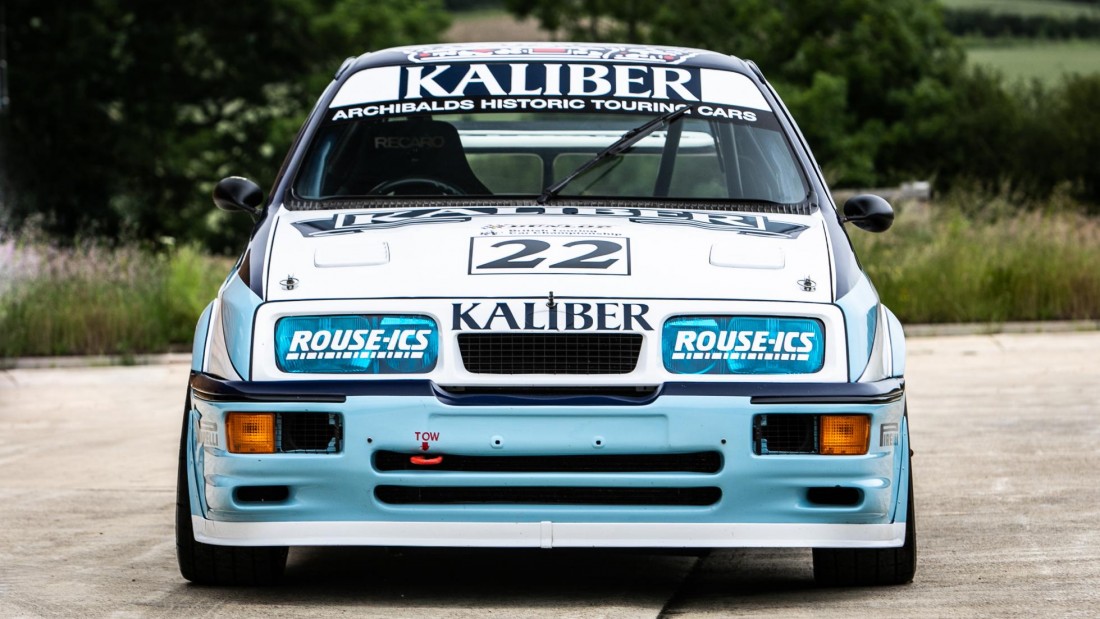 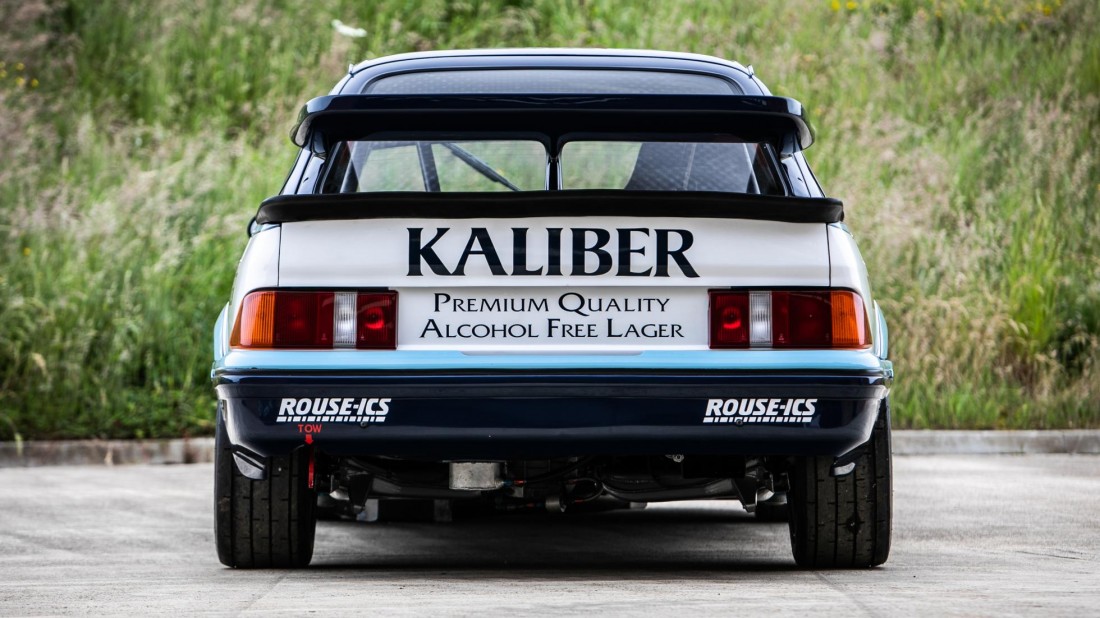 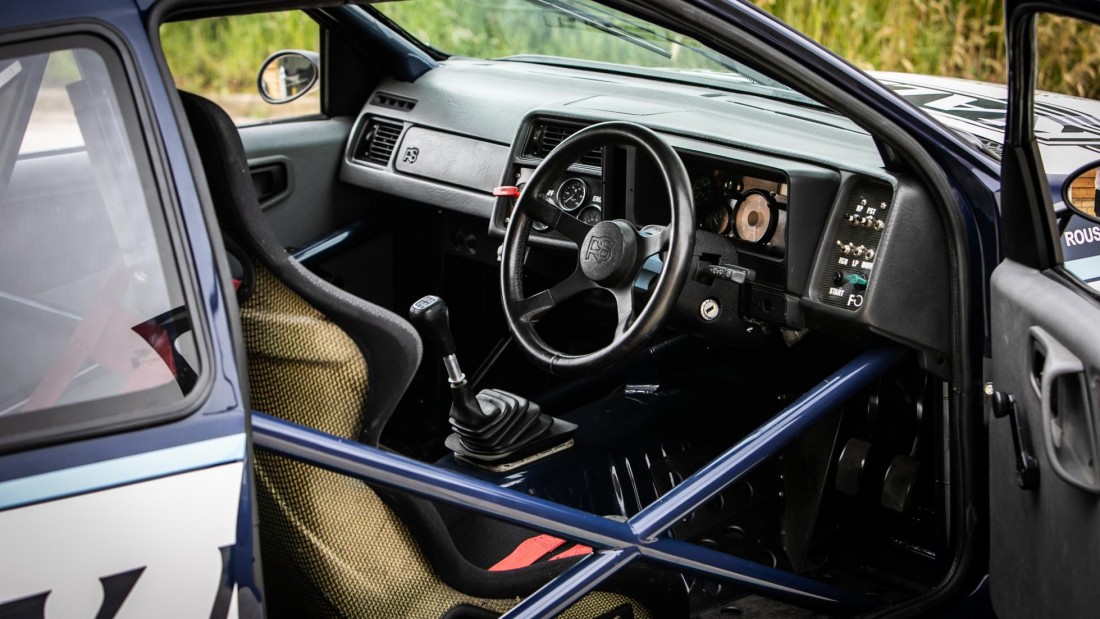 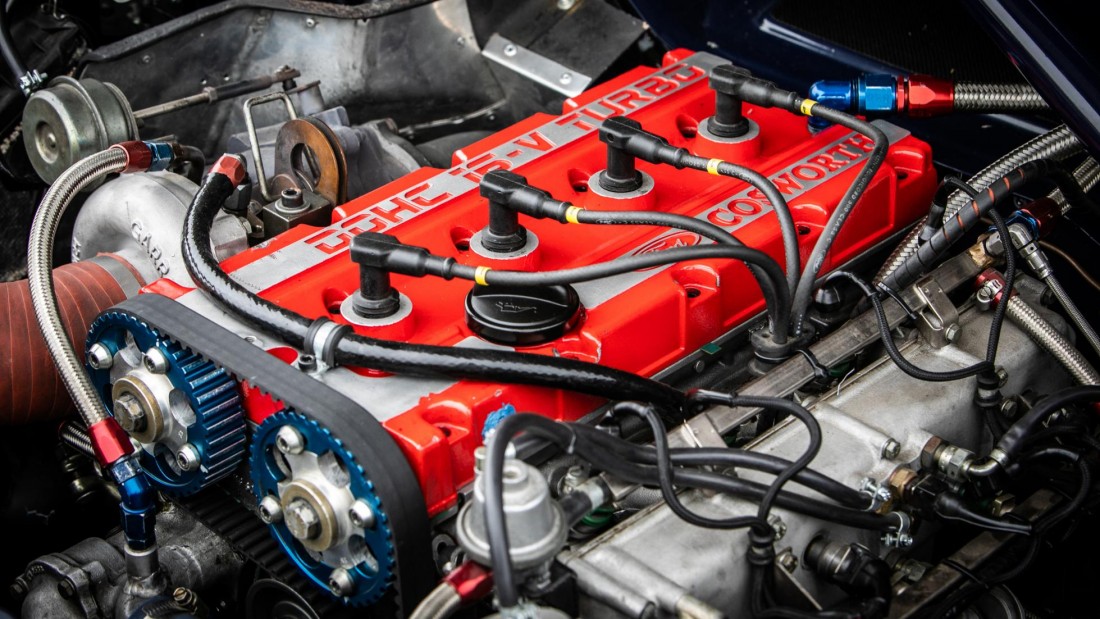 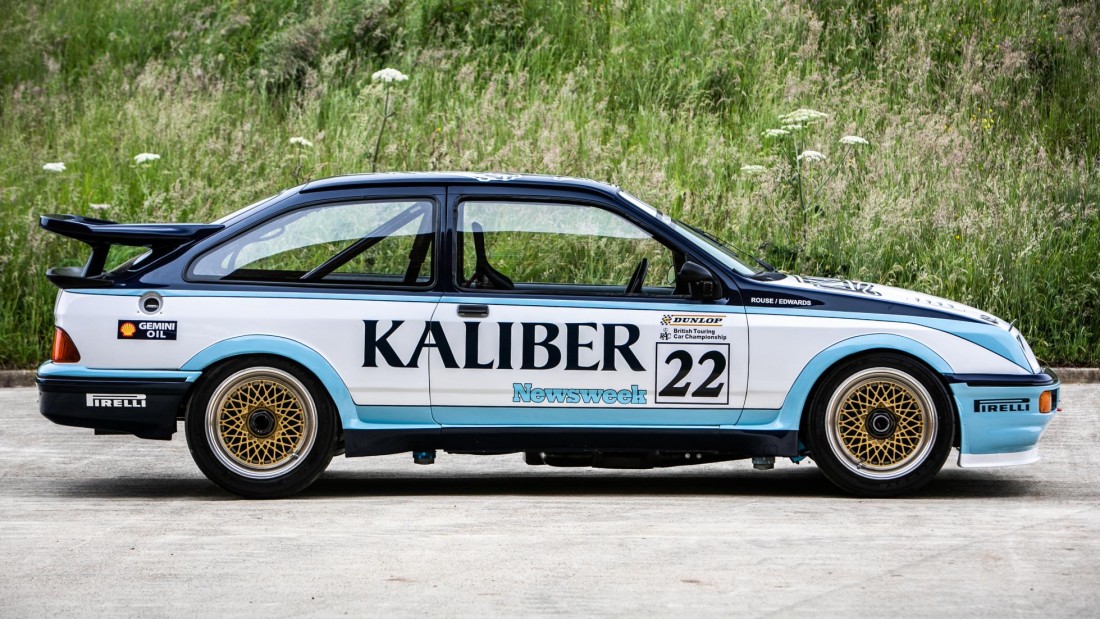