The Trade Price Cars Racing team secured a double score from a tough weekend on track when the Kwik Fit British Touring Car Championship headed for Thruxton for the seventh round of the season.

The team, run on behalf of the award-winning Essex-based motor dealership by technical partners AmD Tuning, had returned to the Hampshire circuit keen to improve on the results it secured during the third round of the year back in May.

Rising star Jake Hill led the team’s challenge during qualifying with a best time just seven-tenths of a second away from pole, although the close nature of the times meant that was only good enough for 20th place on the grid.

With track conditions noticeably different to those that had greeted the team for round three, Jake went into race day focused on trying to race forwards into the points and came close in race one, crossing the line in 16th spot having battled against understeer throughout.

Emerging unscathed from a huge battle in the midfield, Jake then secured a points finish with 15th in race two and was making up ground in race three when heavy rain started to fall in the closing laps.

Battling hard to keep his Audi S3 on track in treacherous conditions on slick tyres, Jake managed to edge ahead of championship leader Colin Turkington on the final lap to secure a hard-fought twelfth place.

Team-mate Mark Blundell had been hoping for an upturn in fortune in the sister car having endured a trying weekend when the series visited Thruxton earlier in the year.

Struggling for grip during Saturday’s running, the former Le Mans 24 Hours winner qualified in 26th place having missed out on his final run in the session when he was clipped by the MG of Sam Osborne at the Complex and forced to pit with a damaged wheel.

Mark would battle with Osborne’s MG and the Ford Focus of Nicolas Hamilton throughout the opening race before taking the flag in 27th spot and then improved a place in race two after getting ahead of Hamilton on the final lap to take 26th despite nursing damage from early contact.

Mark’s weekend would end with 27th place in race three after he managed to survive the chaotic final laps to ensure three more finishes from a tricky weekend on track.

The team heads for Scotland next month for round eight of the season at Knockhill. 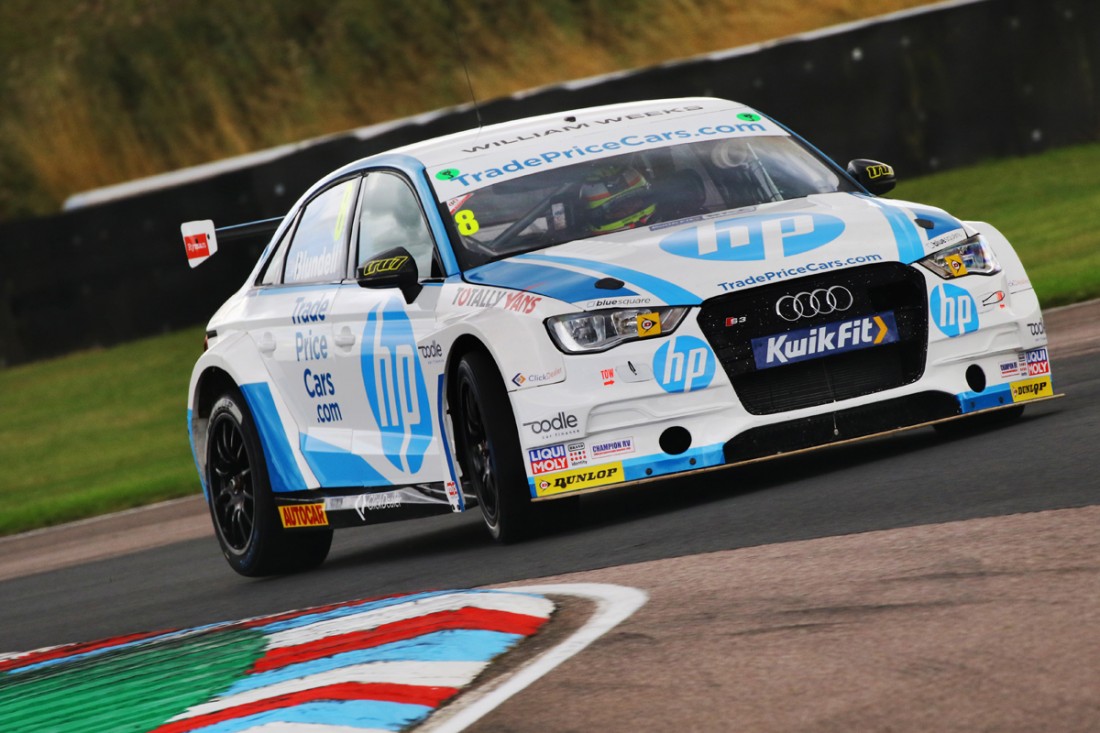 “We knew that Thruxton isn’t the best circuit for the Audi and it’s been a tough weekend, but we can’t just hide behind that. There are still a few gremlins we need to overcome and we have to work hard as a team to try and improve on that when we go to Knockhill.

“I think that is a circuit that will be better suited to the car and also more suited to my driving style, and hopefully when we leave there, it will be feeling more positive than we have felt leaving Thruxton.” 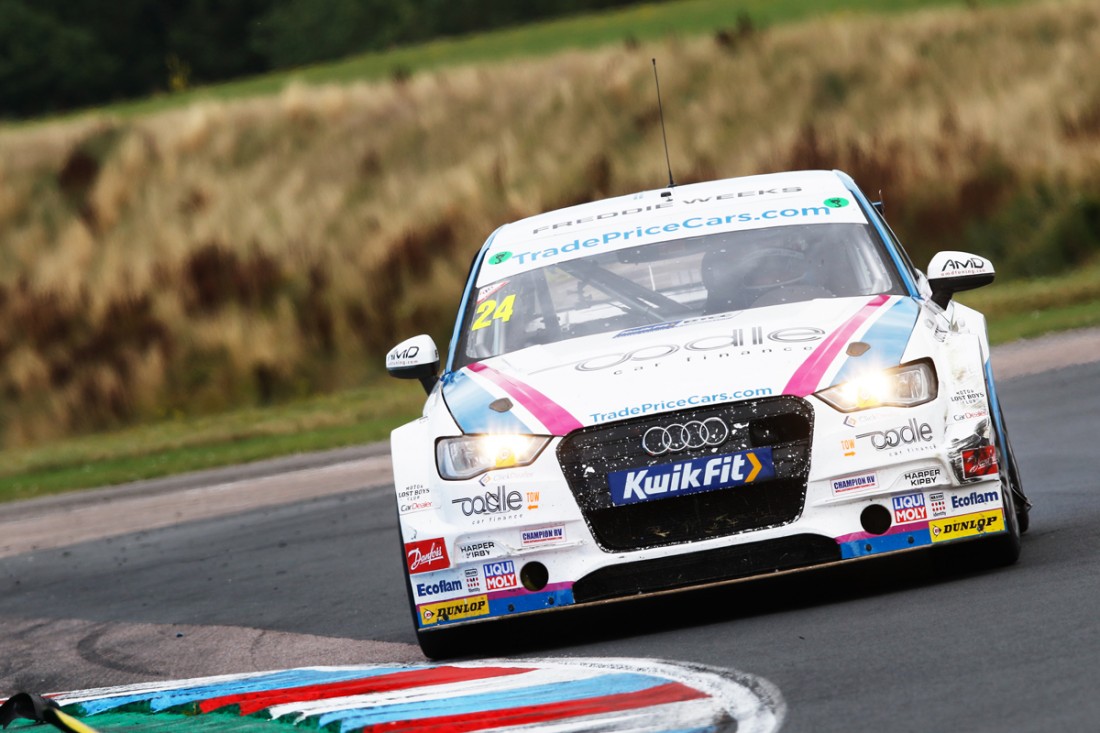 “It’s been really hard work this weekend and we have found the going tough, there is no other way to put it. We have lacked pace in the front end of the car and couldn’t find a cure for it.

“My favourite part of the weekend was the last few laps of the final race when the rain was coming down, but the plus is that the car is in one piece and we’ve picked up a few points.

“We had expected to go better this weekend but the track has changed a lot since we were here back in May and that hurt us. The circuit seems to have lost a lot of grip and the temperatures were also lower, and we just couldn’t get the car to work as we wanted.

“There might have been a point or more two on offer in race one if things had gone differently, but I think we got what we could.”