• Scalextric and the BBC have produced an Only Fools and Horses special edition
• The set features the 1969 Reliant Regal van as well as Del Boy's 1980 Ford Capri
• The two cars, which are fully operational will go on sale for around £86

Slot racing fans will get the chance of buying a special edition Only Fools and Horses Scalextric set featuring the show's iconic Reliant Regal.

The three-wheeler will go head to head with the lesser-known family car used by Del Boy, a Mark III Ford Capri with its black vinyl roof and leopard skin seat covers.

The Ford Capri was loved by boy racers of a certain vintage because of its long bonnet, although it did not have a great motor sport heritage. 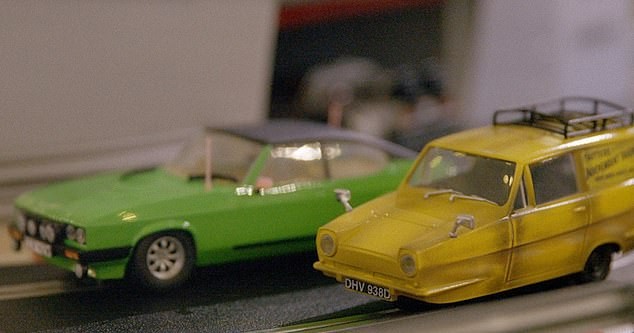 However, the Reliant Regal, which has three wheels, was renowned for having stability issues when dealing with tricky corners - such as those on a Scalextric track - which could see the car fly off across the living room and crashing unceremoniously into the skirting board.

Scalextric and the BBC are working together for the new range.

According to the company: 'The van is modelled as per how it appears in the TV sitcom (showing signs of decay) and the Ford Capri in a pristine finish including Del Boy’s personal extras of pink wing mirrors and leopard print interior.

'In addition to the decoration these will be fully operational Scalextric cars so can be driven around the track. They come as a twin pack in bespoke Only Fools and Horses packaging, and will be available this coming Autumn.

Martyn Weaver, Head of Brand Scalextric said: 'Whilst putting the new range of 2020 Scalextric cars together, once we had added our more traditional motorsport choices to the list we decided it was time to have some fun. 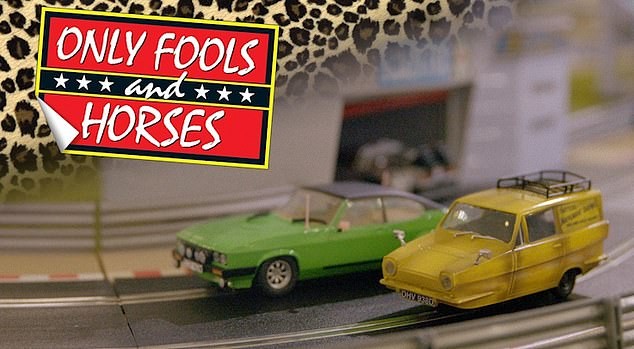 'A few ideas were thrown across the table then came the idea of a 3 wheeled slot car.

'This was closely followed by the idea of Only Fools and Horses; it was a no brainer.

'This was then followed by a call to the team and the BBC and a year later here we are!

'This might not be everyone’s cuppa but with such a strong fanbase it was a no brainer!'