• The 21C is the world's first 3D printed hypercar created by LA start-up Czinger Vehicles and costs $1.7million
• Just 80 will be produced with most of the load-bearing parts of the chassis 3D manufactured
• It is powered by Czinger's in-house developed hybrid powertrain - a 1,233bhp combo of a 2.9-litre twin-turbo V8 engine and two front-axle-mounted electric motors
• Performance figures are staggering: 0-62mph in 1.9 seconds and a top speed of 268mph
• The shape is crafted like an arrow, helped by a 1+1 seating layout, like you see in two-seat fighter jet

This is the world's first 3D printed hypercar. Called the Czinger 21C, just 80 will be made with each one commanding a purchase price of $1.7million.

That's not cheap. But it's also no small-scale project with visions of grandeur being hashed out in a shed with an Epson and a donor engine.

Built at its hi-tech premises in Los Angeles, it's manufactured using cutting-edge revolutionary technology tools and is powered by an in-house developed V8 hybrid drivetrain that produces more combined horsepower than a Bugatti Veyron and has a top speed of [gulp] 268 miles per hour. 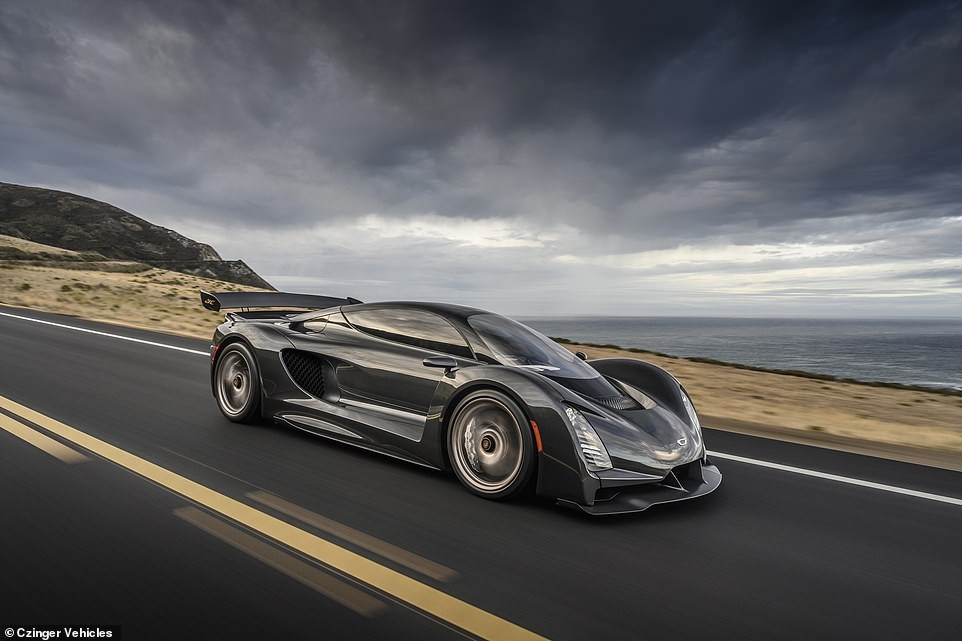 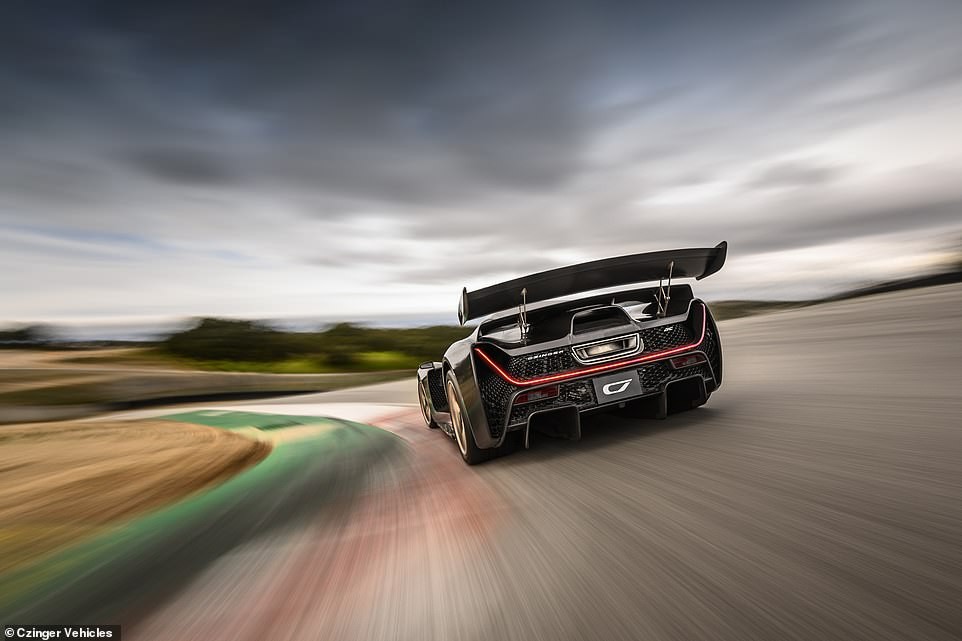